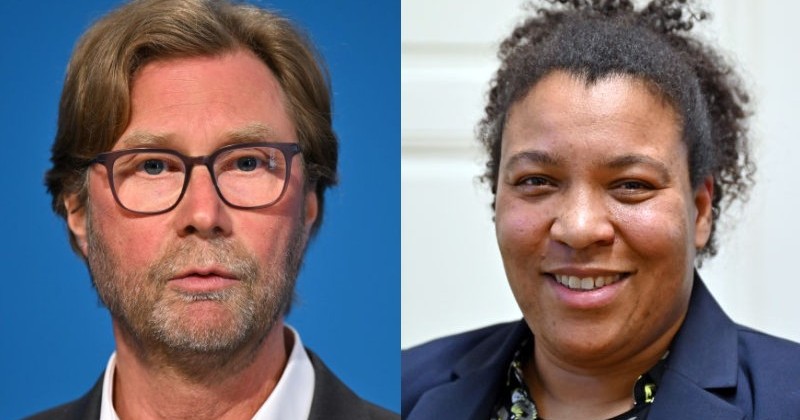 The German Green Party has fired Justice Minister Dirk Adams, ostensibly for no other reason than him being male and white, and replaced him with an unqualified woman of African heritage.

Adams was dismissed from his role in the German state of Thuringia, not because he had been caught engaged in any wrongdoing, but because of his gender and skin color.

“Adams will now be replaced by Afro-German Doreen Denstädt. Thuringia’s Minister-President Bodo Ramelow, of the Left Party, fired Adams, who was the Minister for Migration, Justice and Consumer Protection. The dismissal came about after the Green party directly requested him to be replaced by Denstädt, who has no law degree or political experience,” reports Remix News.

“Denstädt only served as a clerk in the police trust office in the Thuringian Ministry of the Interior. Her lack of experience in any real substantive role means her improbable career leap to her new position as justice minister for an entire German state appears to have been due to her skin color and gender.”

Adams had been in his position since March 2020 and expressed no desire to leave the role, but was asked to resign by party leadership so he could be replaced by a non-white person.

“In the current situation, out of responsibility to my ministry, I cannot comply with this request,” Adams wrote, adding that his department was in the middle of handling serious work and that party leaders would have to ask the state prime minister to fire him if they wanted him gone.

That duly happened and Adams was replaced for being pale, stale and male.

“When a minister has to go because he is a white man to be replaced by a black woman, that is open racism and gender discrimination,” said AfD politician, Beatrix von Storch.

The Greens celebrated ousting Adams by heralding it as a sign of the “importance that the topics of integration and migration have for us Alliance Greens.”

The Green Party in Germany is by no means an obscure entity, it’s a major force in German politics. It currently holds 118 of the 736 seats in the Bundestag after winning 14.8% of votes cast in the 2021 federal election and is now has the third largest of six parliamentary groups.

As we previously highlighted, 300 delegates of the Green Party loathe their own country to such a degree, they petitioned for the word ‘Germany’ to be removed from their own manifesto.

Last year, the Greens launched a PR campaign celebrating its vision for the future of the country. Out of all the promo posters created for the campaign, none featured any white people.

In the name of promoting “diversity,” ruling Greens in the German the city of Hanover also announced a plan to ban a third of native citizens from applying for government jobs so they can be given to migrants.

“In the West, many of the White males who sign up for the agenda of multiculturalism, progressivism, and open borders are finding that they are too White and too male to be of use to the socio-political system any longer,” writes John Cody.

The Color White is Racist

University of Southern California Removes the Word ‘Field’ For Being ‘Racist”

I Thought It Was a Joke

A transgender killer is identifying as a baby in order to get better treatment in prison, and prison bosses are taking the demands seriously.

They may also have criminal records. 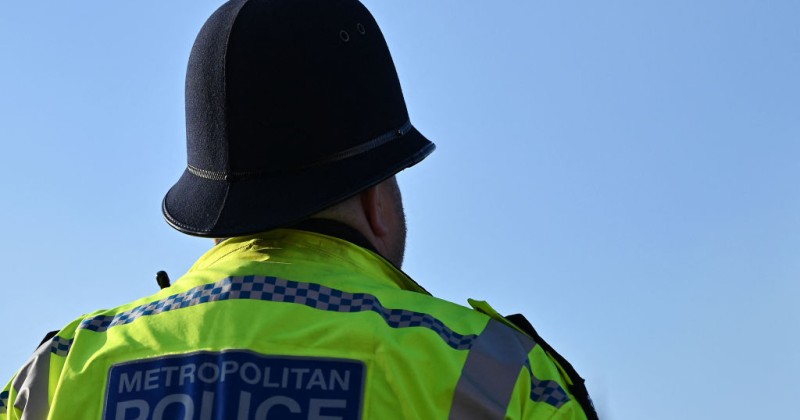 The Metropolitan Police in London is recruiting officers who are illiterate, can barely write English, and may have a criminal record in order to meet diversity quotas, it has been revealed.

A 2014 promise to have 40% of the force be represented by ethnic minorities by 2023 has fallen well short, with just 17% of officers being from ‘diverse’ backgrounds.

Matt Parr, the head of the organization responsible for inspecting British police forces, told the Telegraph that London, “which will likely be a minority white city in the next decade or so, should not be policed by an overwhelmingly white police force.”

In addition to the optics of a largely white police force being wrong, Parr said it was also, “operationally wrong, because it means that the Met does not get insight into some of the communities it polices and that has caused problems in the past. So we completely support the drive to make the Met much more representative of the community it serves than it is at the moment.”

That drive has however led to officers being hired who struggle to even write up basic crime reports.

"Applicants to the police who can barely write in English are being accepted by the Met in an attempt to improve diversity, one of His Majesty’s Inspectorate of Constabulary has warned."https://t.co/5RJETVG7nh

“They are taking in significant numbers of people who are, on paper at least, functionally illiterate in English,” said Parr, adding that the Met was “recruiting the wrong people” and that the diversity push had “lowered standards.”

However, Parr also noted that it was a good thing that the Met was “taking a risk” by hiring young black men who may have criminal records.

David Spencer, the head of the think tank Policy Exchange and a former Metropolitan Police officer, said that the diversity drive had lowered standards.

“There is a tension between volume, quality and diversity and something has to give,” Spencer explained. “Someone has to ask what is the most important of those three things and you have to be really careful because once you have recruited someone they are possibly going to be there for the next 30 years.”

As we previously highlighted, police resources in London are so stretched that major department stores have given up on calling them to catch shoplifters.

Car theft in London has effectively been decriminalized, with just 277 out of 55,000 offences being solved by Scotland Yard, a 0.5% success rate.

However, there still appears to be plenty of resources available to interrogate people for posting offensive social media posts.

You won’t believe how stupid this is.

A road in London called ‘Black Boy Lane’ was renamed because it was “racist,” despite the change being opposed by 100% of black people who lived on the road.

The old name still remains on the sign, and the new name has been crossed out with spray paint.