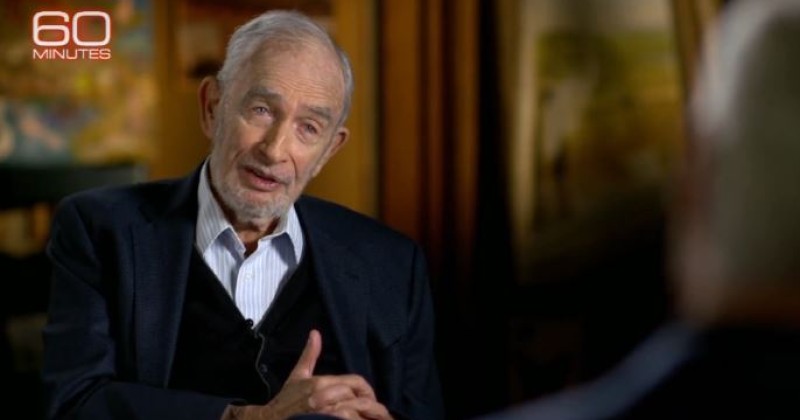 Author Paul Ehrlich, whose 1968 book ‘The Population Bomb’ predicted environmental catastrophes that never happened, appeared on 60 Minutes to warn of “the end of the kind of civilization we’re used to.”

Ehrlich’s conversation with CBS host Scott Pelley centered around the narrative that human population growth will be too much for the Earth to sustain, despite the fact that it is set to peak at 9 billion people before rapidly declining.

“Too many people, too much consumption and growth mania” is killing the planet and devastating wildlife according to Ehrlich.

“Humanity is not sustainable. To maintain our lifestyle (yours and mine, basically) for the entire planet, you’d need five more Earths. Not clear where they’re gonna come from,” he claimed.

Paul Ehrlich: "The next few decades will be the end of the kind of civilization we’re used to.”

CBS's @ScottPelley: "The 5 mass extinctions of the ancient past were caused by natural calamities … humanity may have to survive a 6th mass extinction in a world of its own making.” pic.twitter.com/Vf7DNPLGai

Despite charges of alarmism, the author defiantly asserted, “I was alarmed. I am still alarmed. All of my colleagues are alarmed” (seemingly unaware that the definition of alarmism is to grossly exaggerate something that isn’t true).

“I know there’s no political will to do any of the things that I’m concerned with, which is exactly why I and the vast majority of my colleagues think we’ve had it; that the next few decades will be the end of the kind of civilization we’re used to,” Ehrlich absurdly claimed.

“The five mass extinctions of the ancient past were caused by natural calamities—volcanoes, and an asteroid. Today, if the science is right, humanity may have to survive a sixth mass extinction in a world of its own making,” he added.

Elon Musk, who has warned about the dangers of population decline, agreed, tweeting, “Absolutely.”

Ehrlich is still treated as a credible voice by the legacy media despite his previous predictions proving to be completely laughable.

In his 1968 book The Population Bomb, Ehrlich ludicrously claimed “hundreds of millions of people are going to starve to death” by the 1980’s because of overpopulation.

Similarly, in 2004, climate change “experts” claimed that by 2020, “major European cities will be sunk beneath rising seas as Britain is plunged into a ‘Siberian’ climate by 2020”.

It never happened, in fact measurements taken by the EU’s Earth observation programme last year showed that Arctic sea ice was just 3 per cent below its 30 year average.

None of it ever happens, but that doesn’t stop people like Ehrlich continually spewing doomsday rhetoric in order to advance the narrative that living standards must be drastically reduced in the name of saving the planet.

They should have all been dismissed as wild cranks years ago, but the legacy media is still treating them like they have a shred of credibility left when they clearly don’t.

Swiss National Referendum Will Limit Population To 10 Million Through Strict Immigration Control, To Save Environment