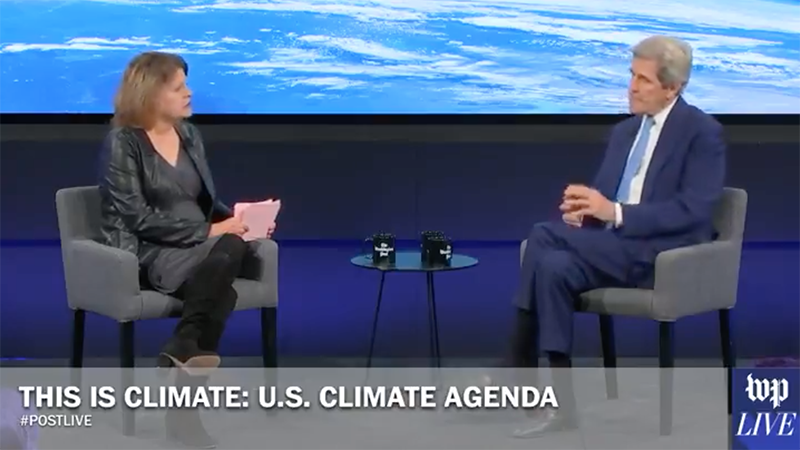 Biden administration climate ‘czar’ John Kerry declared Thursday that he would like to see American taxpayers fronting reparations for past pollution.

In an interview with the Washington Post, Kerry said “it would be great,” if American taxpayers could step up to their reputation as being “the largest humanitarian donor in the world.”

While Kerry can no longer avoid agreeing that China is the world’s biggest polluter, he avoided further questions on pressing the Communist state on its emissions by saying he had COVID and “couldn’t quite finish those conversations.”

Kerry further stated that the green agenda must “accelerate”:

He also expressed disappointment that the conflict between Russia and Ukraine has “altered the dynamics of the transition we were really ramping up to,” and given ammunition to detractors who can now argue that the green agenda is being implemented “too fast.”

Kerry also openly bragged about doing the bidding of globalists at the COP27 summit:

Will Kerry stop flying around on his private jet though?