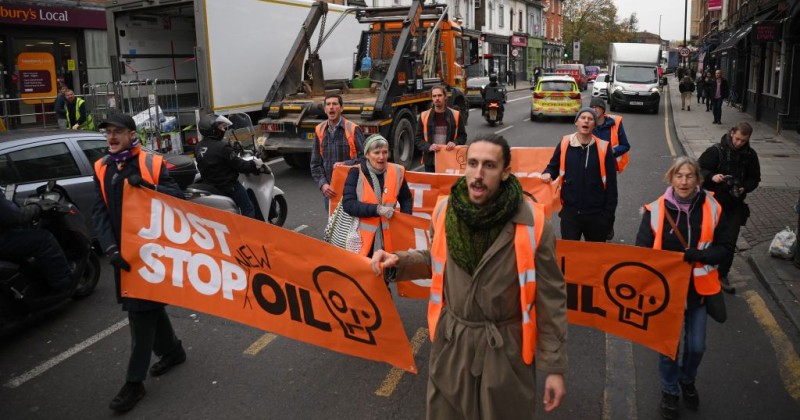 Leading activists with climate change protest group Just Stop Oil have admitted that they drive petrol cars, but still claim that this doesn’t make them hypocrites.

“Dr Larch Maxey, 50, a climate scientist from the eco group, said some members still drive cars and fill up with petrol – but rejected the idea that it was hypocritical,” reports the Telegraph.

According to activist leaders, they are “victims” of the “fossil fuel economy.”

Maxey says that people who call for the oil industry to be shut down but then drive petrol cars shouldn’t be called out for hypocrisy because they’re “just doing our best within that to push for the necessary change.”

The implication that the activists are forced to drive petrol cars because there’s no other option is absurd given Britain’s vast public transport network, as well as the fact that virtually all major towns and cities are now festooned with cycle lanes.

Last year, it was revealed that the leader of Insulate Britain, another Extinction Rebellion offshoot, doesn’t even insulate his own home and indeed “doesn’t care” about insulating homes.

The truth is, they’re all hypocrites who care more about attention-seeking and social media clout than they do the actual cause they’re supposed to be fighting for.

As we document in the video above, ‘Just Stop Oil’ is a movement populated by upper-middle class snobs funded by literal billionaires.

Everything they are demanding in terms of the ‘net zero’ agenda is already being enacted by governments, albeit at a slightly slower pace than they’d like.

Protesters also routinely enjoy police protection, who instead of arresting them when they block roads, stop ambulances, and put people’s lives in danger, give them chaperones, cups of tea and counseling.

This supposedly grass roots ‘resistance movement’ of the people is endorsed by virtually every organ of the establishment in existence.

What Have They Done Now?