Video: Mindless Idiots Allowed To Vandalise Yet Another Priceless Painting 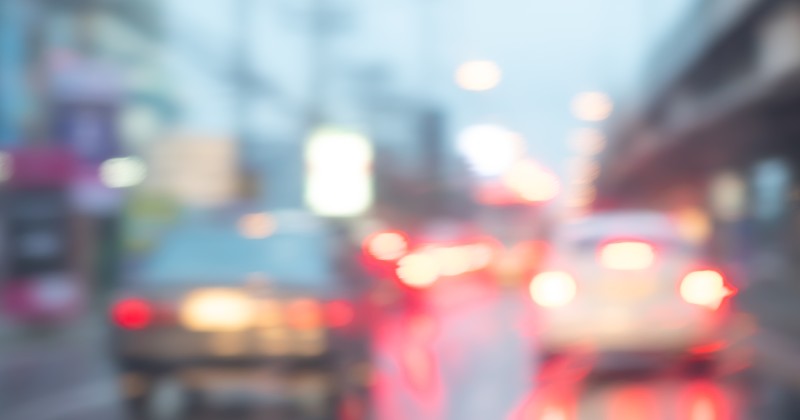 A bank in Canada has become the first in the country to launch a credit card that tracks a customer’s carbon emissions, amid concerns that such a scheme could one day be used to restrict purchases.

In an effort by the credit union to display its commitment to ‘climate action’, Vancity will offer a credit card that links purchases to carbon emissions, allowing customers to compare their monthly carbon footprint to the national average.

The bank will also advise customers on how to limit their carbon footprint.

“We know many Vancity members are looking for ways to reduce the impact they have on the environment, particularly when it comes to the emissions that cause climate change,” said Jonathan Fowlie, Vancity’s Chief External Relations Officer.

“As a member-owned financial cooperative, we believe it is our job to do everything we can to help, especially when it comes to the decisions people make with their money. This tool will equip Vancity Visa credit cardholders with valuable information on their purchases and enable them to connect their daily spending decisions to the change they want to see in the world.”

According to research carried out by Visa, more than 50% of Canadians are interested in monitoring their carbon footprint.

As we previously highlighted, back in October, Australia’s Commonwealth Bank (CBA) also announced a similar scheme, giving the customer the option to “pay a fee” to offset their carbon footprint, with the average listed as 1,280 kilograms, a long way from the ‘sustainable’ figure of 200 kilograms.

Such a proposal was presented in the science journal Nature by four environmental “experts” as a means of reducing global carbon emissions.

This would naturally only negatively impact poorer people, with the rich able to buy carbon credits in abundance and still enjoy their lavish, environmentally unfriendly opulent lifestyles.

Video: Mindless Idiots Allowed To Vandalise Yet Another Priceless Painting 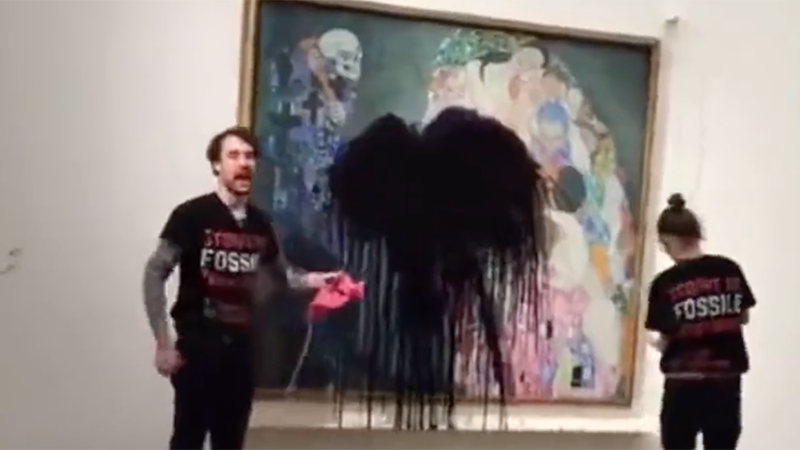 Another pair of posh trust fund babies were allowed to damage a priceless historical painting Tuesday, prompting calls for a stop to the coddling of such ‘environmental activists’.

As the Daily Mail reports, two members of a group that calls itself ‘Last Generation’ were allowed to throw a black, oily liquid over Gustav Klimt’s 1915 painting ‘Death and Life’, with one then gluing his hand to the damaged masterpiece at Vienna’s Leopold Museum

As a security guard restrained one of the idiots, he began to yell about the world being in “climate hell,” due to “fossil fuel destruction,” further blathering “we have known about the problem for 50 years ,we must finally act, otherwise the planet will be broken.”

Fortunately the painting was protected by a glass barrier, and experts are determining if any lasting damage has been done.

Reacting to the latest stunt, Austria’s culture minister Andrea Mayer declared that “art and culture are allies in the fight against climate catastrophe, not adversaries.”

“From my point of view, accepting the risk of irrevocable damage to works of art is the wrong way to go,” Mayer added.

Hans-Peter Wipplinger, the director of the Leopold Museum, added that “attacking works of art is definitely the wrong way to implement the targeted goal of preventing the predicted climate collapse,” but also claimed that the concerns of the climate activists were justified.

The stunt follows other similar incidents orchestrated by the British group Just Stop Oil, who threw tomato soup at Vincent van Gogh’s ‘Sunflowers’ in London’s National Gallery last month, as well as gluing themselves to the frame of an early copy of Leonardo da Vinci’s ‘The Last Supper’ at London’s Royal Academy of Arts, and to John Constable’s ‘The Hay Wain’ in the National Gallery.

Another set of morons also threw pea soup onto a Vincent van Gogh masterpiece in Rome, vowing to continue until something is done about climate change.

A couple of cry babies just out of high chairs threw their mashed potato at a Monet in Germany:

A further set of spoiled brats glued themselves to a famous Goya work in Madrid while scrawling nonsense on the museum walls:

Should these two clowns be taken seriously?

These two probably should be old enough to know better:

These two grandmas in Melbourne claimed to be with Extinction Rebellion:

This trend appears to have started back in May when a lone moron tried to smear the Mono Lisa with cream.

They are not restricting themselves to paintings:

As the attacks on artworks continue, dozens of the world’s top museums issued a joint declaration last week saying that the vandals “severely underestimate” the damage that could be caused to the artworks.

“In recent weeks, there have been several attacks on works of art in international museum collections. The activists responsible for them severely underestimate the fragility of these irreplaceable objects, which must be preserved as part of our world cultural heritage. As museum directors entrusted with the care of these works, we have been deeply shaken by their risky endangerment.

Museums are places where people from a wide variety of backgrounds can engage in dialogue and which therefore enable social discourse. In this sense, the core tasks of the museum as an institution – collecting, researching, sharing and preserving – are now more relevant than ever. We will continue to advocate for direct access to our cultural heritage. And we will maintain the museum as a free space for social communication.”

The declaration was issued by the Prado museum in Madrid, and signed by the directors of more than 90 world-renowned museums including the Guggenheim in New York, Louvre in Paris and Uffizi in Florence.

As we previously highlighted, it’s mostly just a desperate attempt to get noticed by unloved children who have nothing else to complain about.

Western governments are pursuing net zero carbon policies with fervour, raising the question, what exactly are these plum cheeked freaks crying for?

He Said the Quiet Part Out Loud

Ban people from flying on planes.

Stanley Johnson suggested one of the tools in achieving the ‘net zero’ climate change agenda would be to stop people flying on airlines.