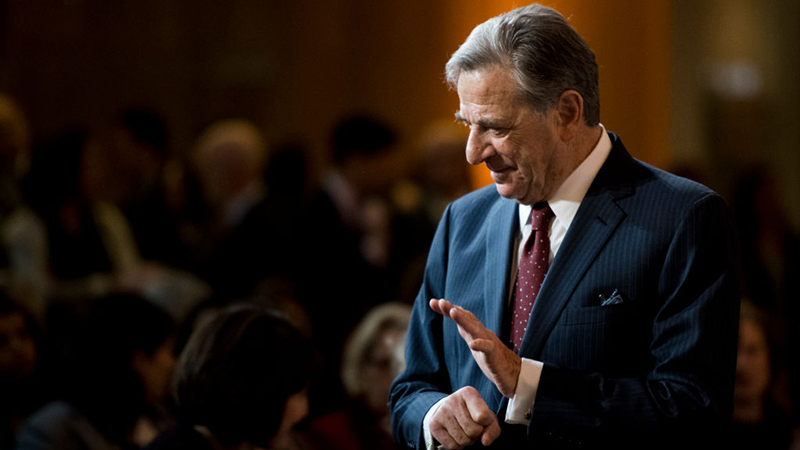 The Department of Justice claimed in their indictment of Paul Pelosi’s alleged nudist attacker that “two officers opened the door” to his San Francisco home before witnessing him getting attacked but body cam footage reportedly shows Pelosi himself opened the door for police and stayed inside the home with his alleged assailant rather than run to safety.

NBC Bay Area reported on Saturday that they “spoke with a source familiar with the Pelosi investigation” who “personally viewed body camera video recorded by officers responding to the Pelosi’s San Francisco home” and it shows Pelosi “opened the door with his left hand.”

“The source tells us the body cam video shows officers having a brief conversation with Pelosi and David DePape, before DePape starts beating Pelosi with a hammer,” NBC Bay Area reported.

NBC Bay Area questioned why the DOJ falsely claimed the door was opened by “two officers” and wondered why he decided not to run from his alleged assailant (who allegedly broke into his home and met him in his bedroom) and instead stayed inside the home to get attacked.

The alleged attack was used by Democrats to hype the threat of “right-wing extremism” ahead of the midterms.

Nancy Pelosi chose to not speak out on the attack until one day before the midterms.

In her post-attack debut interview, Pelosi told CNN’s Anderson Cooper that she hadn’t spoken with her husband about what he was thinking during the attack “because any revisiting of it is really traumatizing.”

Nancy said she has not heard Paul’s 911 call and does not want to her it.

“I haven’t been able to listen to that [911 call] or the body cam, any of that, no,” Pelosi claimed, giving herself plausible deniability if the story later changes. “I imagine once it’s in the public domain is when I will have a chance to see it, but even then the physicians–”

“I don’t– I just don’t know, that’s all a matter on the legal side of things,” she said, awkwardly clearing her throat.

Pelosi’s statement made it sound like the footage and 911 call may be kept secret forever.

This post was originally published at Information Liberation
Related Topics:Featured

Self-Described Sex Symbol AOC Is “Absolutely” Afraid For Her Life