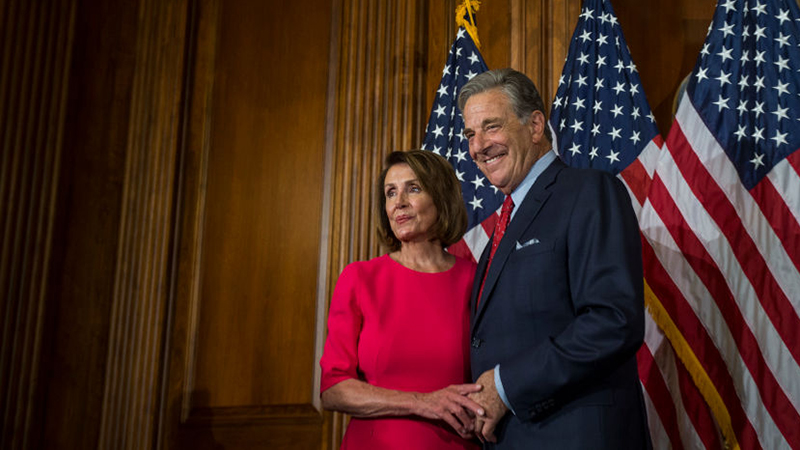 The Paul Pelosi attack continues to grow more bizarre by the day.

On Friday, sources familiar with the investigation told NBC News that when the police responded to the high-priority call, they had no idea they had been called to the Pelosi residence. What’s more, Pelosi did not immediately declare an emergency or try to leave his home.

“After a ‘knock and announce,’ the front door was opened by Mr. Pelosi. The 82-year-old did not immediately declare an emergency or try to leave his home,” reports NBC. Instead, Pelosi “began walking several feet back into the foyer toward the assailant and away from police.”

Of note, NBC News has deleted the clip from their Twitter feedand scrubbed it  from their website.

Meanwhile, a neighbor living across from the Pelosis who was awake when the assault took place didn’t hear an alarm or anything unusual.

“No, not a thing, and you know we were awake at that hour in the morning; my husband was awake. We didn’t even hear sirens,” neighbor Sally McNulty told The Epoch Times.

McNulty, who has lived in the neighborhood for 20 years, said everything was quiet around the time of the 2 a.m. attack on Oct. 28.

“This is one of the quietest streets in the city,” she said. “You can hear a pin drop at night.”

McNulty said she doesn’t recall ever hearing the Pelosis’ alarm go off in the past, though she has occasionally heard others in the neighborhood.

She said that Paul Pelosi had no enemies she knew of and was well-liked.

Marjorie Campbell, a former neighbor of the Pelosis for 10 years, told the Daily Mail she recalled fleets of black SUVs surrounding the house around the clock when she stayed there.

Everyone in the neighborhood has alarms on their windows, and if glass were smashed, an alarm would sound, she told the publication. Campbell recalled her computers getting scrambled by alleged security measures to protect the congresswoman.

Nancy Pelosi was at her Pacific Heights home, the site of the attack, on Nov. 2 while several dark SUVs were parked outside. Capitol Police were present, too, as were multiple San Francisco Police Department cars.

Paul Pelosi had surgery to address a skull fracture and other injuries at the Zuckerberg San Francisco General Hospital and Trauma Center, after 42-year-old David DePape allegedly fractured his skull with a hammer on Oct. 28.

DePape pleaded not guilty to an attempted murder charge during a brief appearance in San Francisco Superior Court on Nov. 1. -Epoch Times

Pelosi’s failure to call out for help or flee his home was a detail in the court filing that previously raised a red flag to me, and it seems that even NBC News finds it odd. “Why Pelosi didn’t try to flee or tell responding officers he was in distress is unclear,” NBC News’s Miguel Almaguer noted.

Nevertheless, the report suggested it was unknown whether Pelosi was already injured or what mental state he was in.