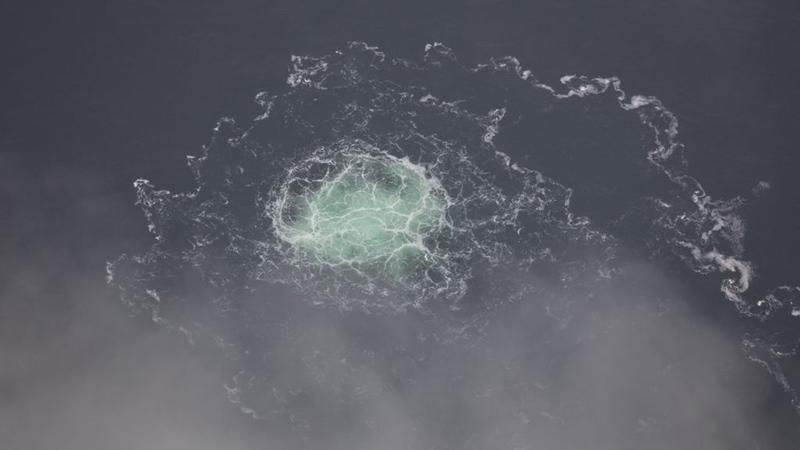 Russia’s defense ministry on Saturday issued a statement charging that the British Navy blew up the Nord Stream gas pipelines last month, in what marks the first formal and direct accusation leveled against the UK over the major incident which put Europe’s energy supplies in doubt.

“According to available information, representatives of this unit of the British Navy took part in the planning, provision and implementation of a terrorist attack in the Baltic Sea on September 26 this year – blowing up the Nord Stream 1 and Nord Stream 2 gas pipelines,” the ministry said, though without specifying any evidence.

The Kremlin earlier in a more broad accusation pointed the finger at NATO countries, including Britain, saying that NATO forces had conducted military exercises around the exact location the undersea explosions occurred. The accusation follows a Russian Foreign Ministry claim that NATO conducted a military exercise during the summer, close to the location where the undersea explosions occurred.

“In July, there were NATO drills with the use of deep-sea equipment in the area of the island of Bornholm,” a foreign ministry briefing said days after the Sept.26 blasts. Spokeswoman Maria Zakharovathe said the region “was crammed with NATO infrastructure” at the time of the sabotage attack.

In follow-up during his annexation of the four Ukrainian territories speech on Sept.30, President Putin mounted this attack on the West:

Putin claimed that the “Anglo-Saxons” in the West have turned from sanctions on Russia to “terror attacks,” sabotaging the Nord Stream 1 and 2 pipelines in what he described as an attempt to “destroy the European energy infrastructure.”

He added that “those who profit from it have done it,” without naming a specific country.

One thing that both Russia and the West agree on is that it was a deliberate act, and no mere accident. For example, soon following the incident European Commission President Ursula von der Leyen slammed it as sabotage while warning that “deliberate disruption of the European energy infrastructure is unacceptable and will lead to the strongest possible response.”

Russia has questioned why it would have to sabotage its own pipelines, instead of just turning off the gas if it saw fit.

Sweden’s Armed Forces have throughout this past week been at the site investigating, and have confirmed that powerful detonations caused the extensive damage to the pipelines, which triggered gas leaks at for locations, with Sweden now calling for supplementary investigations – perhaps to eventually establish blame.

Within hours after Russia’s Saturday accusation, the UK Defense Ministry slammed the new allegation as “false claims of an epic scale.” A spokesperson for Britain’s military said, “To detract from their dis, astrous handling of the illegal invasion of Ukraine, the Russian Ministry of Defense is resorting to peddling false claims of an epic scale.”

In Stunning Strategy Reversal, Pentagon Will No Longer Rule Out Use Of Nuclear Weapons Against Non-Nuclear Threat