Katy Perry’s eye malfunction is driving the conspiracy theorists mad, but it was probably just part of the show.

Claiming everything is vaxx-related harms the credibility of legitimate issues with the vaccine and allows the media to dismiss it all as crazy.

Video: The ‘After School SATAN CLUB’ For Kids Is Back 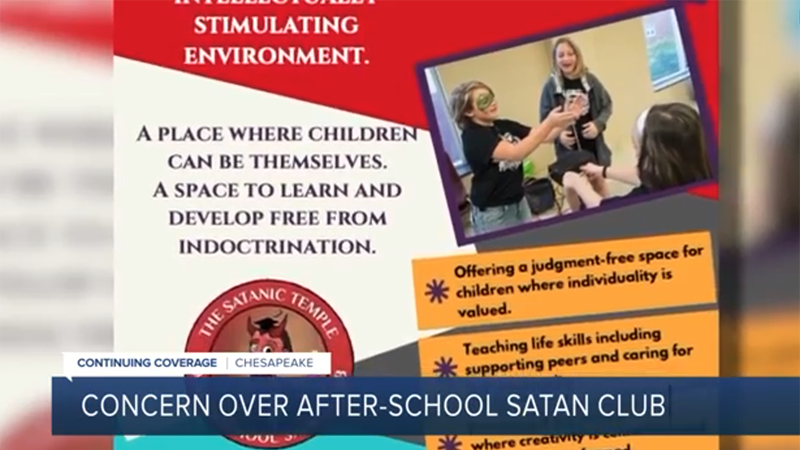 A school in Virginia is under fire from parents after it announced that an ‘After School Satan Club’ run by the Satanic Temple is to take place in its facilities.

The club is scheduled to take place on December 15 at B.M. Williams Primary School in Chesapeake.

A member of the Satanic Temple who organised the event argued that because the school has a Christian club, it also had to allow a Satan club.

“I would like to add that this club is only happening because of the Evangelical club that is already present at the school,” stated satanist Rose Bastet.

She added that the Christian club “does aim at indoctrinating children and we received a request from a concerned parent to make sure there is another club available to kids that don’t wish to be taught that they are sinful and subject to burning in hell for all eternity for slight infractions.”

A parent on the Facebook thread where the flier was posted noted that “Stuff like this is why the wife and I are sacrificing so much to send our son to a private school.”

In the wake of the backlash, the school district issued a statement noting “The School District has long held policies and procedures in place which allow varied community groups to use our publicly funded facilities outside of the school day. This is common practice among school districts around the state and nation. “

It concludes, “Consistent with the law as detailed above and the criteria set out in the CPS Board policy regarding community use of facilities, the School District has approved a building use request from an organization known as the ‘After School Satan Club’ (ASSC) to host gatherings after school hours at B.M. Williams Primary School.”

As we previously highlighted, this move on kids by Satanists, is happening all over the country.

Lucien Greaves, Co-Founder of The Satanic Temple, previously claimed “We believe that Satan is a great metaphor for rebellion against tyranny and is the embodiment of all of the values we espouse.”

Is it surprising that parents are unwilling to trust this greasy-haired one-eyed Satanist guy with their six year olds?

Meanwhile, satanism is being promoted like its perfectly normal by the likes of Disney: