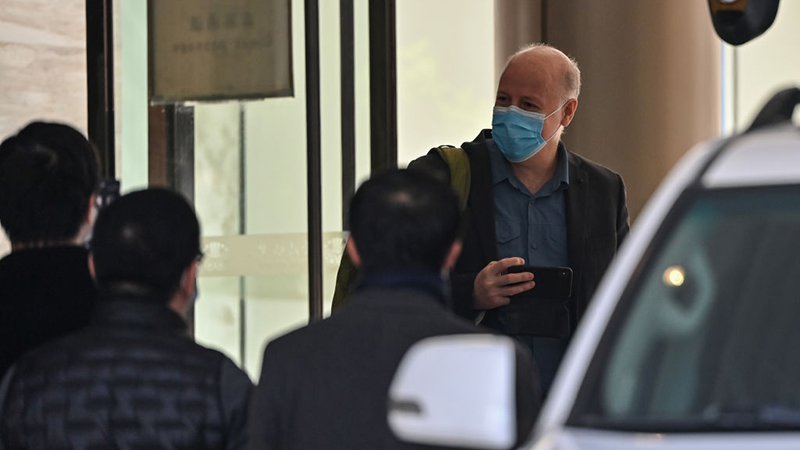 Monday’s report in the Daily Mail that the University of Boston has engineered a chimeric COVID that has an 80% kill rate in humanized mice has caused quite the stir.

To review, in an effort to research what makes Omicron so transmissible – and funded in part by grants from the NIH and Anthony Fauci’s NIAID – a team of researchers cobbled the Omicron spike protein to the original strain of Covid-19. The resulting virus was five times more infectious than Omicron.

“The Omicron spike (S) protein, with an unusually large number of mutations, is considered the major driver of these phenotypes. We generated chimeric recombinant SARS-CoV-2 encoding the S gene of Omicron in the backbone of an ancestral SARS-CoV-2 isolate and compared this virus with the naturally circulating Omicron variant,” reads the pre-print.

The authors speculate that their chimeric strain is unlikely to be as deadly in humans as it was in the mice because the specific breed used in testing are more susceptible to severe Covid.

“The research is a clear example of gain of function research of concern and enhanced potential pandemic pathogen (ePPP) research,” said Dr Richard Ebright, a chemist at Rutgers University in New Brunswick, New Jersey, adding “‘It is especially concerning that this new US-government ePPP research – like the previous US-government ePPP research on chimeric SARS-related coronaviruses at Wuhan Institute of Virology that may have caused the pandemic – appears not to have undergone the prior risk-benefit review mandated under US-government policies.”

Gain of function research was largely restricted in the US until 2017, when the National Institutes of Health began to allow it to take place using government funds.

Previously it had been halted from 2014 to 2017 over concerns that it could lead to the inadvertent creation of a pandemic. -Daily Mail

The University of Boston refuted the notion that they were performing GoF research, adding that it was  reviewed and approved by the Institutional Biosafety Committee (IBC) and the Boston Public Health Commission (don’t you feel safer already?).

“This research mirrors and reinforces the findings of other, similar research performed by other organizations,” said a spokesperson. “Ultimately, this research will provide a public benefit by leading to better, targeted therapeutic interventions to help fight against future pandemics.”

Which leads us to today’s report…

Just two months before the ‘80% mouse kill rate’ SARS paper was published, EcoHealth Alliance – the NYC-based nonprofit headed by Peter Daszak (and was also funded by the NIH and Fauci’s NIAID to genetically manipulate bat Covid in Wuhan, China) – bragged about a $1 million NSF grant to work with Boston University on a project to ‘work towards predicting and preventing future pandemics.”

NEW YORK – 30, AUGUST, 2022 – EcoHealth Alliance (EHA), in partnership with Boston University, was awarded a $1 million Predictive Intelligence for Pandemic Prevention Phase I (PIPP) grant by the National Science Foundation. The team of scientists will strategize methods of early infectious disease detection and intervention.

EHA researchers will focus on predictive models of location and likely pathogens. This will be accomplished by first compiling a list of mutagenic RNA viruses with a high risk of spillover based on their ability to spread, cause outbreak, and cause severe illness. Next, the team will identify locations at risk of spillover and localized spreadby assembling a list of animals known to host one or more of the focal viruses. -EHA

And from Boston University’s press release announcing the partnership:

A multidisciplinary team of researchers at Boston University will work towards predicting and preventing future pandemics as part of a new $1 million project funded by the National Science Foundation (NSF). Faculty members from the Rafik B. Hariri Institute for Computing and Computational Science & Engineering, the Center for Information & Systems Engineering (CISE), the Center for Emerging Infectious Diseases Policy and Research (CEID), the Bioengineering Technology & Entrepreneurship Center (BTEC), and the National Emerging Infectious Diseases Laboratories (NEIDL) will work with researchers from EcoHealth Alliance to develop a set of models that can predict disease emergence and spread, and to devise effective pandemic mitigation strategies.

Of note, several researchers from the EcoHealth-allied National Emerging Infectious Diseases Laboratories (NEIDL) were involved in the creation of the 80% mouse death chimeric SARS-CoV-2.

Last year we reported that 18 months before the pandemic, scientists in Wuhan, China submitted a proposal to release enhanced airborne coronaviruses into the wild in an effort to inoculate them against diseases that could have otherwise jumped to humans, according to The Telegraph, citing leaked grant proposals from 2018.

The bid was submitted by Daszak, who was hoping to use genetic engineering to cobble “human-specific cleavage sites” onto bat Covid ‘which would make it easier for the virus to enter human cells’ – a method which would coincidentally answer a longstanding question among the scientific community as to how SARS-CoV-2 evolved to become so infectious to humans.

Video: Fauci Proclaims He Had “Nothing To Do With” Closing Schools During Lockdown