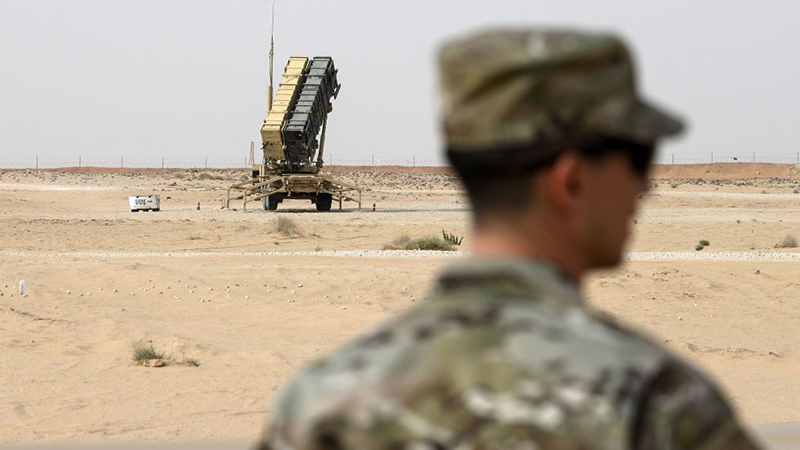 A group of leading Congressional Democrats are seeking to punish longtime US ally Saudi Arabia for the latest “shock” oil output cuts recently announced by OPEC, which was taken by the Biden administration as a direct slap in the face and shot across the bow.

Senator Chris Murphy and Rep. Ro Khanna are leading the charge to get advanced anti-air missile systems which the Pentagon has stationed in Saudi Arabia removed and transferred to Ukraine. The systems were sent there over the past several years following an uptick in missile and drone attacks by Yemeni Houthi rebel attacks on Saudi cities and energy infrastructure coming from the south.

Murphy announced in a Thursday statement, “For several years, the US military has deployed Patriot missile defense batteries to Saudi Arabia to help defend oil infrastructure against missile and drone attacks. These advanced air and missile defense systems should be re-deployed to bolster the defenses of eastern flank NATO allies like Poland and Romania— or transferred to our Ukrainian partners.”

As a member of the Senate Foreign Relations Committee, Murphy also lent his voice to ongoing calls to “freeze new military aid to Saudi Arabia” – which would possibly impact the pending sale and transfer of Advanced Medium Range Air-to-Air Missiles (AMRAAM) to Riyadh based on a previously approved contract of $650 million

“Policy decisions have consequences, and these steps would right-size [the] relationship with Saudi Arabia and help Ukraine,” he said this week. The Congressional movement to drastically reevaluate and change the US-Saudi arms relationship has gained traction ever since the October 2018 killing of journalist Jamal Khashoggi, as well as growing alarm over Saudi massacres in Yemen and the dire humanitarian situation.

Rep. Khanna too grew more vocal this week following Riyadh not playing ball with Washington on desired levels of near-term oil output. “At the very least, the Patriot missiles will be suspended,” Khanna forewarned.

“The reality is that there is no economic case for what they are doing. This was punitive for Americans and it is aiding [Russia’s President Vladimir] Putin,” the representative from California added.