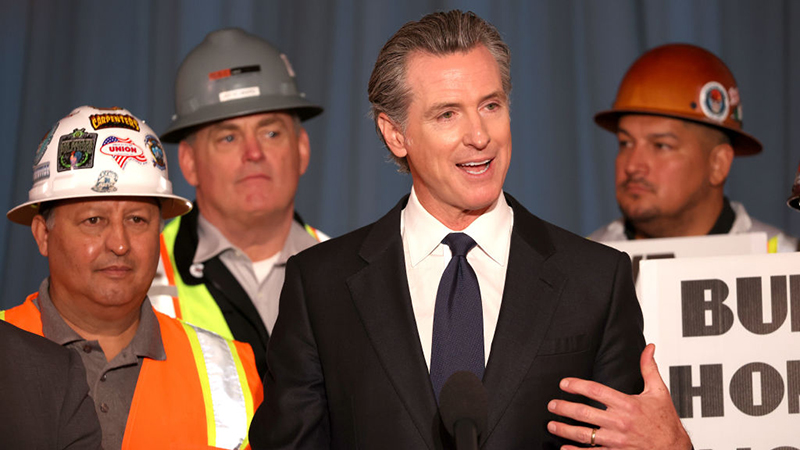 California Gov. Gavin Newsom (D) last week signed into law a bill which makes the state a refuge for transgender youth and their families.

Effective Jan. 1 of next year, the measure is designed to shield trans youth under the age of 18 and their families from criminal prosecution if they travel to the Golden State to obtain ‘gender-affirming health care’ – which can include puberty blockers, hormones and surgery which many critics consider to be a form of child abuse.

“States across the country are passing laws to demonize the transgender community, especially transgender youth and their parents,” Newsom wrote in a Thursday signing statement.

“In California we believe in equality and acceptance. We believe that no one should be prosecuted or persecuted for getting the care they need – including gender-affirming care,” the governor wrote. “Parents know what’s best for their kids, and they should be able to make decisions around the health of their children without fear.”

The move comes after over a dozen states have introduced legislation this year to either heavily restrict or outlaw transgender medical support for children.

In May, Alabama enacted a felony ban on gender-affirming care to a minor, while Rep. Marjorie Taylor Greene (R-GA) has introduced federal legislation which would make it a felony that carries up to 25 years in prison to providing said care to those under the age of 18, The Hill reports.

Texas Gov. Greg Abbott directed state agencies through executive action in February to open child abuse investigations into the parents of transgender children. A state judge earlier this month expanded an existing order that had blocked the state from probing specific families, but a handful of investigations remain open.

The Texas legislature, which meets during odd-numbered years, failed last year to pass a ban on gender-affirming medical care for transgender youth. -The Hill

In his Thursday statement, Newsom decried “the hate demonstrated by these laws” which he says “has contributed to soaring suicide rates.”

The law was introduced by Sen. Scott Wiener (D), who in June suggested offering “Drag Queen 101 as part of the K-12 curriculum.”

The bill is co-sponsored by nonprofit groups Equality California, Planned Parenthood and TransFamily Support Services, as well as California Lt. Gov. Eleni Kounalakis (D), and limits the ability of out-of-state law enforcement to make an arrest or participate in the extradition of parents who travel to California so their minor child can receive gender-affirming health care.

At least 16 states are planning to introduce similar legislation.