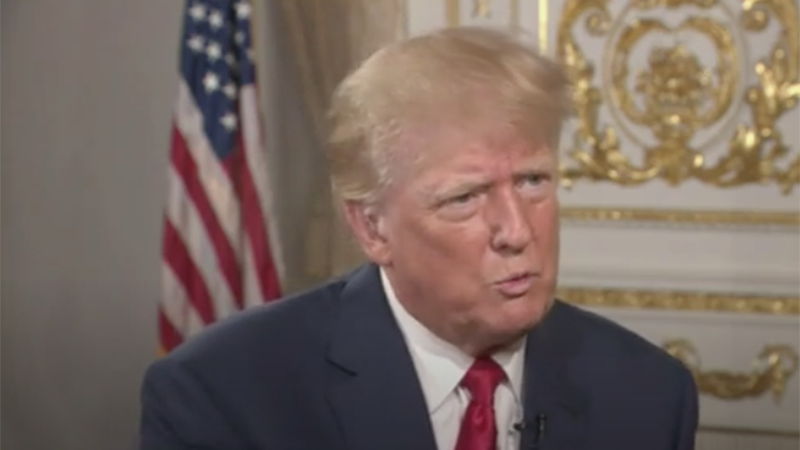 Appearing on Hannity Wednesday night, President Trump declared that he doesn’t see how the Justice Department could prosecute him because as President he had the power to declassify documents by just thinking about it.

Hannity asked Trump “is there a process” to declassifying material and “what was your process?” to Which Trump replied “There doesn’t have to be a process as I understand it.”

“Different people say different things. If I understand, there doesn’t have to be,” Trump continued, adding “If you’re the president of the United States you can declassify just by saying it’s declassified. Even by thinking about it because you are sending it to Mar-a-Lago or wherever you’re sending it.”

Elsewhere during the interview, when Hannity talked about the potential of prosecuting Hunter Biden and Joe Biden, Trump pivoted the conversation back to himself.

“I don’t think this is prosecutable. Under the Presidential Records Act there is no retribution or prosecution. You’re supposed to negotiate,” Trump stated.

“I don’t see how they could prosecute me,” Trump reiterated.