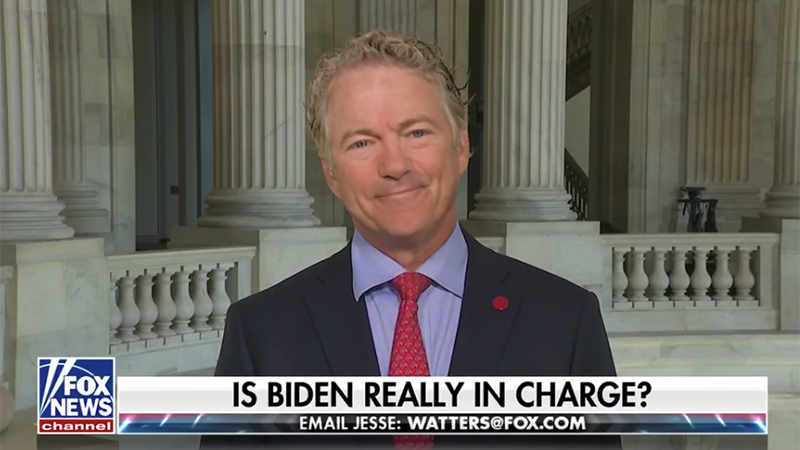 GOP Senator Rand Paul noted Tuesday that Joe Biden’s own officials are directly contradicting him after Biden declared the COVID pandemic to be over.

Paul continued, “The thing is, the response to this [from those in power] has always been about submission and control of the individual. These are the people who truly believe in the nanny state.”

“Whether it’s your business they want to be in charge of, or your health care — they can’t give it up,” Paul asserted, adding that “The pandemic was over two years ago in Florida. It’s still going on in the minds of Democrats, but it hasn’t been on the ground on for a long time.”

“Dr. Fauci’s science is not far removed from that,” Paul said, further noting that while Fauci previously touted natural immunity to viruses, “now he only wants us to submit. He wants to be in charge if he can get one more hit on television.”

“The [N95] masks did not change the trajectory of the disease at all. The stickers on the floor only made the people who made the stickers richer,” Paul urged.