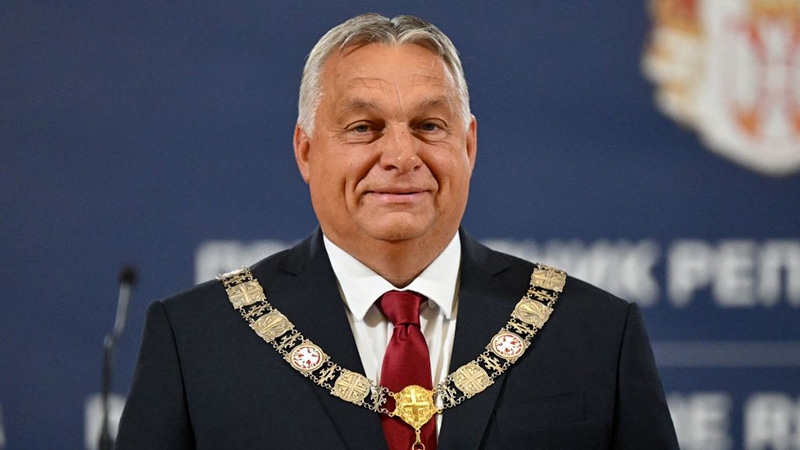 The EU’s patience with Viktor Orban’s Hungary is running extremely thin after years of wrangling and threats from Brussels of triggering the “rule of law” mechanism, despite recently announced efforts of Budapest to establish an anti-graft agency.

It seems Russia’s war in Ukraine is hastening a confrontational and fractured ending to the standoff, with the EU on Sunday threatening to freeze 7.5 billion euros which had been earmarked for Hungary, citing persisting corruption and fraud.

It’s been no secret that Orban has been a thorn in the side of European efforts to punish and isolate Putin’s Russia. While Hungary has demanded exemptions from EU energy sanctions on Russia, and has meanwhile enjoyed cheap gasoline and other energy at a moment prices in the rest of Europe have gone steadily up over the course of the war – and into what’s sure to be a tough winter – the belief among leading EU states is that joint bloc anti-Russia actions have been largely blunted. The timing of the fresh EU threats is not going unnoticed.

Bloomberg in a fresh report has put the dilemma as follows: “But while most member states have been engaged in a desperate scramble to secure alternative gas supplies ahead of the winter, Orban has deepened his country’s ties to the Kremlin, exploiting the exemptions he demanded from EU sanctions to secure increased imports of gas from Russia.”

Poland has remained a powerful impediment thus far to Brussels triggering any significant rule of law penalties, despite Warsaw remaining at the forefront of denunciations of Russia’s invasion.

“During years of frustration at the Hungarian government, Orban has been shielded from the EU’s main disciplinary machinery, known as the article 7 procedure, by the support of the nationalist government in Warsaw — because that mechanism too requires the endorsement of all the other members,” Bloomberg recounts. “The war in Ukraine has soured Orban’s relationship with the Polish government, which has been among the most ardent supporters of firm action against Putin, but for now the Poles are standing by Orban.”

Orban has cast efforts to “punish” his country in terms of a war on traditional values. For now, Poland seems to agree… the vast divergence in rhetoric on the Russia-Ukraine conflict notwithstanding.

Prime Minister Mateusz Morawiecki said Sunday, “Poland will strongly oppose any action of European institutions that intend to unduly deprive any member states of funds, in this case Hungary.”

Interestingly (given the timing of the EU’s threat to freeze funds), just days ago PM Orban reportedly told a closed-door meeting of officials from his ruling Fidesz party that he would fight efforts to extend EU sanctions on Russia:

Orban, a harsh critic of EU sanctions on Moscow over its invasion of neighbouring Ukraine, made the remarks at a closed meeting to party members in the western village of Kotcse last week, RFE/RL said on its Hungarian website on Friday.

He also appeared to once again blame the West for the Ukraine conflict spiraling out of control, and continued his theme of anti-Russia sanctions ultimately blowing back on populations at home, or shooting the European economy in the foot.

Russian media too has been featuring recent quotes of Orban’s lambasting collective Western policy: “The Hungarian leader allegedly told his supporters that he believed Ukraine may end up losing between one third and one half of its territory due to the conflict with Russia, RFE/RL reported on Friday, citing participants of the meeting in the village of Kotcse.”

Budapest has meanwhile lashed out at the European Parliament’s (EP) recent move to approve a resolution stating that Hungary is no longer a “full democracy.” That nonbinding EP vote from last week cited Hungary’s failures to uphold “respect for human dignity, freedom, democracy, equality, the rule of law, and respect for human rights, including the rights of persons belonging to minorities” – as the text reads, in repetition of prior EP statements.

A Fidesz statement said in response: “It is unforgivable that, while people are suffering from the severe economic effects of wartime inflation and misguided sanctions, the European Parliament is attacking Hungary again.”

Slava Raytheon: Zelensky To Headline Conference Of US Defense Companies