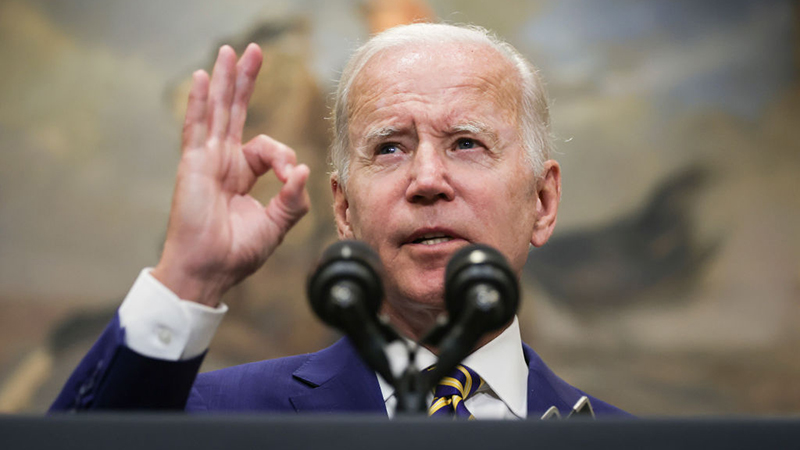 Republicans in the Senate are demanding that two FBI agents be questioned under oath about their role in a shady briefing about ‘Russian disinformation’ that took place in August 2020 as the GOP attempted to investigate Biden family dealings.

Sens. Chuck Grassley (R-IA) and Ron Johnson (R-WI) sent a letter to the two FBI agents Thursday, charging that their briefing at the time was “unnecessary and was only done because of pressure from our Democratic colleagues, including Democratic Leadership, to falsely attack our Biden investigation as advancing Russian disinformation.”

The Senators further state that “Although you stated that the FBI didn’t intend to ‘interfere’ in our investigation, the practical effect of such an unnecessary briefing and the subsequent leaks relating to it created interference, which frustrated and obstructed congressional oversight efforts.”

Grassley and Johnson further note “We also made clear our concern that the briefing would be subject to a leak that would shed a false light on the focus of our investigation,” and cited a Washington Post story they claim “did exactly that.”

The Senators say that they have been repeatedly ignored by the FBI after requesting “relevant records relating to what happened at the briefing,” adding that it “casts further doubt on the true purpose for the briefing.”

The Republicans also note that “Whistleblowers have recently alleged that in August 2020, the same month you provided the briefing to us, FBI officials initiated a scheme to downplay derogatory information on Hunter Biden for the purpose of shutting down investigative activity relating to his potential criminal exposure by labeling it disinformation.”

The letter continues, “Whistleblowers have also alleged that local FBI leadership instructed employees not to look at the Hunter Biden laptop immediately after the FBI had obtained it” in 2019.

As The Washington Examiner notes, the whistleblower has alleged that the Feds ‘slow walked’ the Hunter Biden investigation in an attempt not to have any affect on the 2020 election.

As we have repeatedly highlighted, the Hunter Biden laptop story was falsely labeled as ‘Russian disinformation’ by intelligence officials, and was subsequently censored by social media companies when broken by the New York Post. Twitter even locked the Post out of the platform, as well as anyone else who attempted to share the story.

Now, Facebook owner Mark Zuckerberg has revealed that the FBI informed his company that ‘Russian disinformation’ was coming relating to the Biden family, which led directly to Facebook throttling the story.

Senators Grassley and Johnson have also demanded that the DOJ and FBI launch a new extensive investigation into Hunter Biden’s laptop, given the new details that have come to light.