Is Your Government Ready For Another Pandemic? 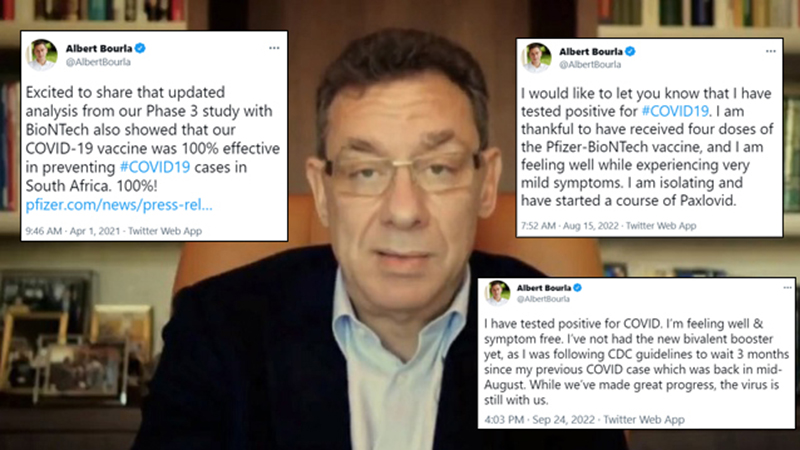 Quadruple-vaccinated Pfizer CEO Albert Bourla, who claimed back in April 2021 that his company’s mRNA covid vaccine “was 100% effective in preventing covid,” announced Saturday that he has come down with covid for the second time in two months.

“I have tested positive for COVID,” Bourla said on Twitter. “I’m feeling well & symptom free. I’ve not had the new bivalent booster yet, as I was following CDC guidelines to wait 3 months since my previous COVID case which was back in mid-August. While we’ve made great progress, the virus is still with us.”

In November, Bourla said those who spread “misinformation” about his experimental mRNA covid injections are “criminals.”

“Those people are criminals,” Bourla told the Atlantic Council. “They’re not bad people. They’re criminals because they have literally cost millions of lives … The only thing that stands between the new way of life and the current way of life is, frankly, hesitancy to vaccinations.”

Bourla would have had us thrown in prison for claiming his experimental mRNA injection didn’t work.

When are “criminals” like Bourla who spread “misinformation” about their shots’ effectiveness to boost their stock and sell their crap “vaccines” going to be forced to pay out damages to the vax injured and those who lost their jobs for refusing these jabs?

A great crime took place with these forced injections and the perpetrators need to be held accountable. 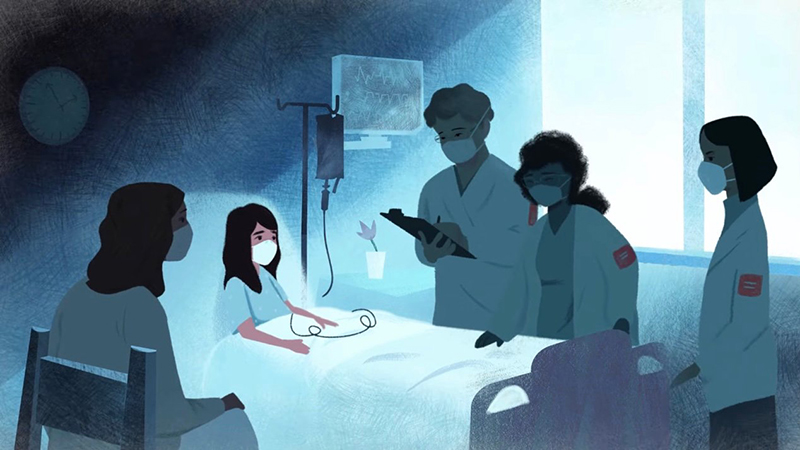 The New York-Presbyterian Hospital is running a commercial in an effort to raise awareness of myocarditis in children, seemingly suggesting that inflammation of the heart in children is a common condition.

The video, titled “Pediatric Patient Story – Suri” tells the story of a child who “had a bad stomach ache that turned out to be myocarditis, a serious inflammation of the heart.”

The video caption states that “Our multidisciplinary pediatric critical care team worked to regulate her heartbeat – and got her back to feeling like herself.”

Myocarditis cases in children are rare, with studies indicating that in children there are 1 to 2 per 100,000, usually stemming from cold viruses. The majority of those cases resolve on their own or with treatment.

So why the sudden need to raise awareness?

Likely because data from the Vaccine Adverse Event Reporting System (VAERS) shows how reports of myocarditis and pericarditis related to vaccines exploded in 2021 and 2022.

In previous years, there basically were no cases relating to vaccines.

VAERS has been criticised in relation to details on myocarditis, however a study published in the Journal of the American Medical Association (JAMA) earlier this year definitely linked the development of myocarditis and pericarditis to the mRNA-based COVID-19 vaccinations.

The study found that the cases are highest in boys and young men.

“We can never go down that road” 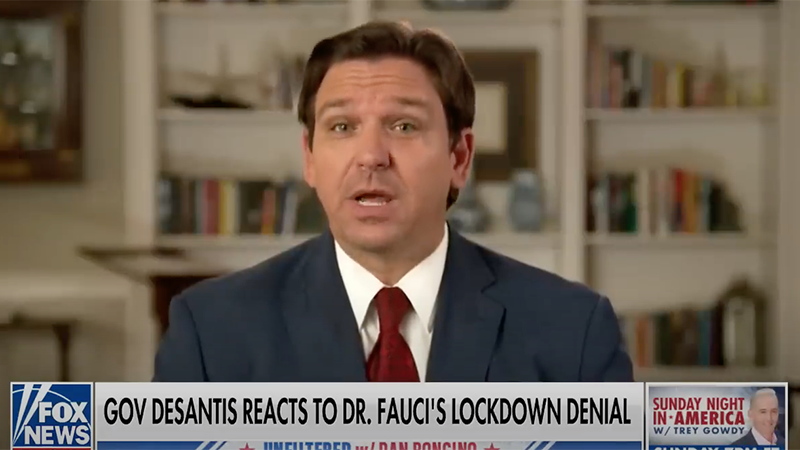 Florida Governor Ron DeSantis has warned that unless there is a “reckoning” when Republicans take back control of the House and/or the Senate, authoritarians like Anthony Fauci will continue to implement harsher lockdowns.

“Over two years ago, we were the only big state in the country to have 100% in-person. He was a leading advocate for school closures,” DeSantis continued.

“He tried to sow fear in the population and scare a lot of parents,” DeSantis further noted of Fauci.

“He did have constituency. At first almost everyone was following him. Then as more people saw, he had more people that rejected what he said, but he still had a lot of people that actually believed what he was saying,” the governor asserted, adding that Fauci “was wrong on all the important issues.”

“My fear is if the Republicans take control, we need a reckoning on all of this because I think people like Fauci, what they are going to say in the future is, ‘Oh, we didn’t lock down hard enough. That’s why it didn’t work.’ And we can never go down that road,” DeSantis further warned.

Last week, Fauci claimed that he “never shut down anything,” and further stated “I was also one of the people that said we have got to do everything we can to get the children back in school.”

The comments prompted a now viral supercut of Fauci repeatedly saying “shutdowns” were needed and were good.

Fauci also claimed that lockdowns have not “irreparably damaged anyone” despite a mountain of studies and evidence highlighting how lockdowns and masking in particular have had massively detrimental impacts.