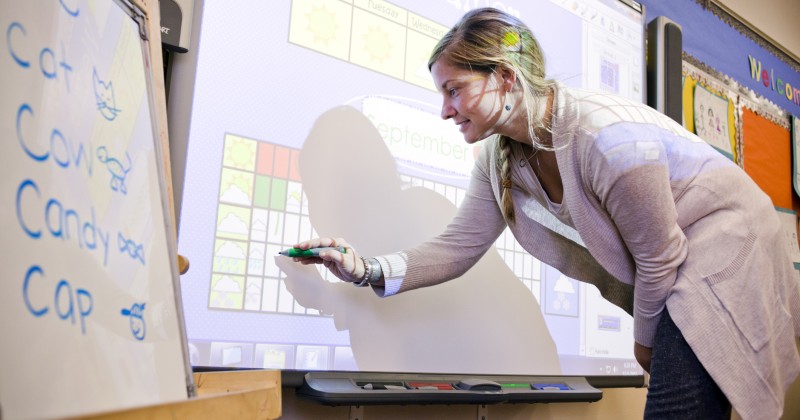 A contract approved by a Minneapolis, Minnesota teachers union demands white teachers be fired first in the event of budget cuts in the name of advancing diversity.

I guess this is what they call white privilege.

“After the Minneapolis Federation of Teachers (MFT) and MPS struck a deal on March 25 to end a 14-day teacher strike, the two sides drew up and ratified a new collective bargaining agreement complete with various proposals,” reports Alpha News.

One of the contract provisions focuses on “educators of color protections,” which says if a district needs to reduce its staff, the jobs of non-white teachers with less seniority would be preserved at the expense of white teachers, who would be fired because of their skin color.

"The stated justification for these measures is to remedy the continuing effects of past discrimination by the District."

The racial discrimination is justified in the name of offsetting “the continuing effects of past discrimination by the District” which supposedly “disproportionately impacted the hiring of underrepresented teachers in the District” and “resulted in a lack of diversity for teachers.”

According to the Star Tribune, 27% of probationary teachers in the district are already non-white, broadly in line with the number of “Black, Indigenous or people of color” living in the area, which is 31%.

As Tom Pappert points out, “It may be worth noting that the demographics Minneapolis have changed rapidly over the last decade as the city was on the receiving end of several waves of immigration from Somalia and other countries.”

Firing people for the immutable characteristic of being white is apparently fine, despite the fact that it flagrantly violates anti-descrimination laws.

“When it comes to termination (as opposed to hiring or promotion under an affirmative-action plan), an employer can’t racially discriminate even against whites,” wrote Washington, D.C.-based attorney Hans Bader.

Bader, whose article cites 9 separate court cases, says the contract is a violation of the U.S. Constitution and Title VII of the Civil Rights Act and also contradicts a 1996 ruling which found that schools “can’t consider race even as a tie-breaker, in deciding who to lay off, even to promote diversity.”

As we previously highlighted, a marketing executive who was fired by Novant Health in North Carolina for being a white male and replaced by two woman, one of whom was black, as part of a diversity goal, was awarded a $10 million dollar discrimination payout.