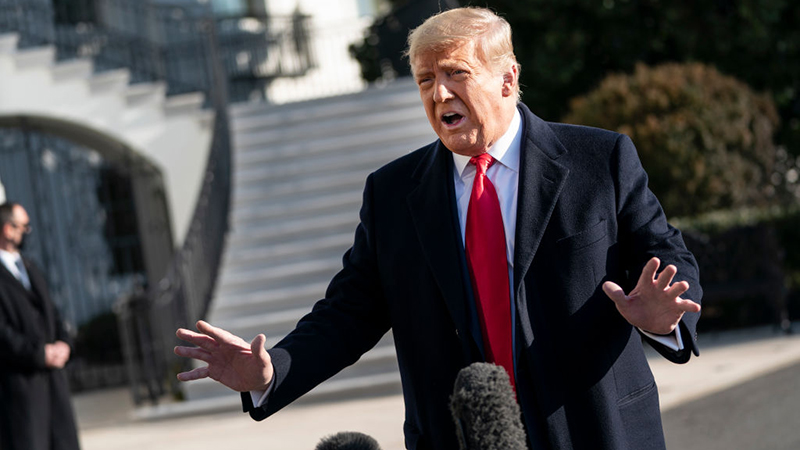 Update (0032ET): President Trump has effectively dared the Department of Justice to release the documents related to the Monday raid on Mar-a-Lago.

“This unprecedented political weaponization of law enforcement is inappropriate and highly unethical. The world is watching as our Country is being brought to a new low, not only on our border, crime, economy, energy, national security, and so much more, but also with respect to our sacred elections!” he said in a subsequent post.

The FBI was looking for ‘classified documents relating to nuclear weapons,’ among other things, during its Monday raid at former President Trump’s Mar-a-Lago residence, WaPo reports, citing ‘people familiar with the investigation.’

So – we’re to believe that the FBI took several boxes from Trump in June, told him to put a bigger lock, and then two months later realized ‘oh — he might have nuclear secrets‘ – justifying the raid.

The leakers did not offer additional details.

Material about nuclear weapons is especially sensitive and usually restricted to a small number of government officials, experts said. Publicizing details about U.S. weapons could provide an intelligence road map to adversaries seeking to build ways of countering those systems. And other countries might view exposing their nuclear secrets as a threat, experts said.

One former Justice Department official, who in the past oversaw investigations of leaks of classified information, said the type of top-secret information described by the people familiar with the probe would probably cause authorities to try to move as quickly as possible to recover sensitive documents that could cause grave harm to U.S. security. -Washington Post

“If the FBI and the Department of Justice believed there were top secret materials still at Mar-a-Lago, that would lend itself to greater ‘hair-on-fire’ motivation to recover that material as quickly as possible,” said David Laufman, the former chief of the Justice Department’s counterintelligence section.

So we assume the narrative will now be that Trump leaked, or could have leaked, nuclear secrets to Putin – which justified “authorities to try to move as quickly as possible to recover sensitive documents” in the name of national security.

Attorney General Merrick Garland revealed during a brief Thursday speech that he personally approved the search warrant at Mar-a-Lago, and that the DOJ has asked a federal court to unseal the document.

“Just now, the Justice Department has filed a motion in the Southern District of Florida to unseal a search warrant and property receipt relating to a court approved search that the FBI conducted earlier this week,” Garland said.

Trump allies have suggested that the warrant was politically motivated, while Trump himself said on Truth Social on Wednesday that the FBI may have planted evidence.

It's no accident or coincidence that the grand juries involved in Jan. 6 and the National Archives are under the control of the same United States attorney in Washington, D.C., Matthew Graves, who is an Obama-Biden leftist, as is his wife.

The search is connected to an investigation on whether Trump unlawfully retained presidential records – including classified materials, following his departure from office in January 2021.

Kind of crazy to think that Merrick Garland may have posed less of a threat to the republic as a Supreme Court justice than as an incompetent, vindictive, corrupt AG.

According to US Attorney Juan Antonio Gonzalez from the Southern District of Florida, “The public’s clear and powerful interest in understanding what occurred under these circumstances weighs heavily in favor of unsealing” the warrant.

According to the four-page motion, a judge signed and approved of the search warrant on Aug. 5, the Friday before the search was executed. The Justice Department also seeks to reveal the property receipt listing the seized items and filed today with the court.

“On or before 3:00 p.m. Eastern time on August 12, 2022, the United States shall file a certificate of conferral advising whether former President Trump opposes the Government’s motion to unseal,” Reinhart wrote.

US Attorney General Merrick Garland will make a statement to the media at 2:30 pm ET on Thursday, following the FBI’s Monday raid on Mar-a-Lago.

Garland has found himself in the crosshairs of conservatives, who claim that the establishment has once again ‘weaponized’ the DOJ against Donald Trump.

Sen. Rand Paul and other conservatives have called for an investigation.

Judge Who Signed Off on FBI Raid Made Anti-Trump Posts