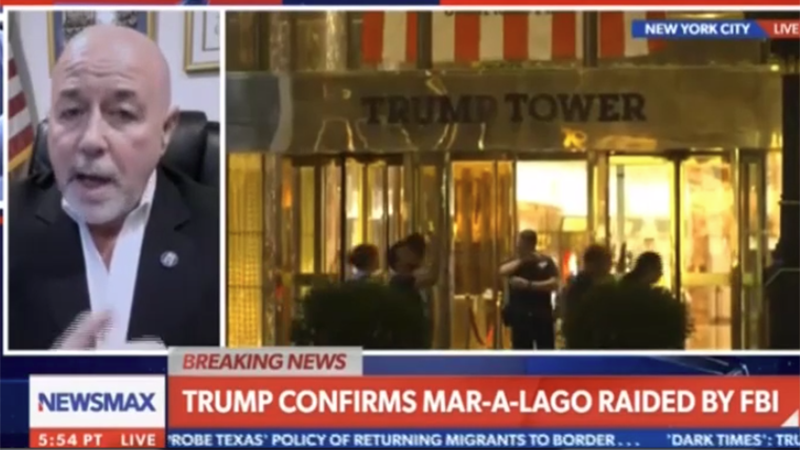 Former New York City Police Commissioner Bernard Kerik has warned that if the FBI’s raid on President Trump’s home doesn’t stop him running in 2024, the “next step” for those seeking absolute control of the U.S. political system will be assassination.

Kerik, who was police commissioner during the 9/11 attacks, made the comments in a response to a tweet from former acting Director of the United States National Intelligence Richard Grenell, who blasted the raid as “outrageous” and akin to the actions of “third world dictators.”

In an appearance on Newsmax, Kerik, who was infamously pardoned by Trump in early 2020 after serving prison time for tax fraud, further stated “I hear people talking, they said the Democrats want this guy so bad that they wouldn’t put assassination behind it.”

“I’m not into conspiracies, I’m not into anti-government rhetoric. This is the first time in my lifetime that I would say I am deathly afraid for Donald Trump. I would not put assassination behind these people,” Kerik further declared.

The Truth About the FBI Raid On Trump

Video: Gingrich Warns ‘If Weaponised FBI Can Raid Trump, What Can They Do To You?’