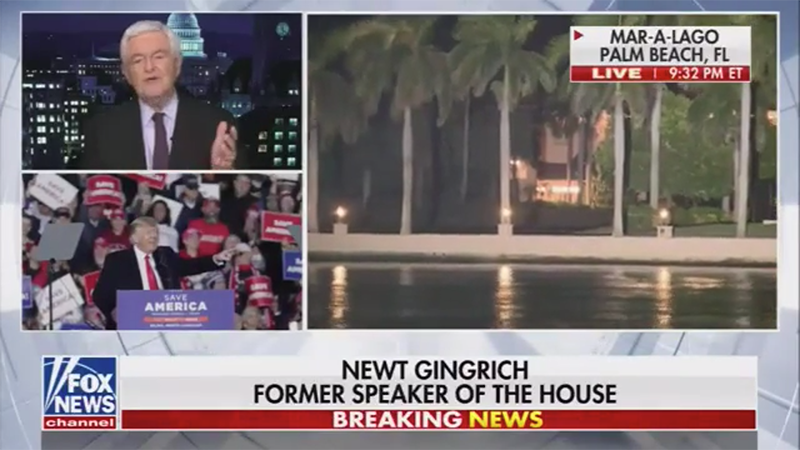 Former speaker of the House Newt Gingrich issued a stark warning Monday night following the raid of President Trump’s home, noting that if federal agents can do that, imagine what they can and will do to everyday Americans.

Appearing on Hannity, Gingrich warned “I think what’s even more troubling and what every American, whether you’re a Democrat, Republican, doesn’t matter, liberal, conservative, doesn’t matter. If 30 FBI agents can take over the house of a former President of the United States and probable candidate for president, what can they do to you?”

Gingrich further called on Americans not to underestimate how “deliberately these people are committed to doing whatever it takes.”

“The purpose of it is simple,” he continued, adding “They want to control you… these things are all designed to intimidate.”

“They authorised something which has never ever happened in American history,” Gingrich asserted, adding “If this government can get away with third-world tactics worthy of Venezuela, the East German Stasi or Zimbabwe, if that’s the future, then the constitution as a working document has ceased to exist.”

“I’m sick of it,” Gingrich urged, adding “These people are bad people doing bad things, and it’s time we said that and we meant it and we went out and won the election.”

“I think we have to focus all of our energy on defeating the people who defend destroying the constitution,” Gingrich further proclaimed.

Others echoed the former speaker’s comments: