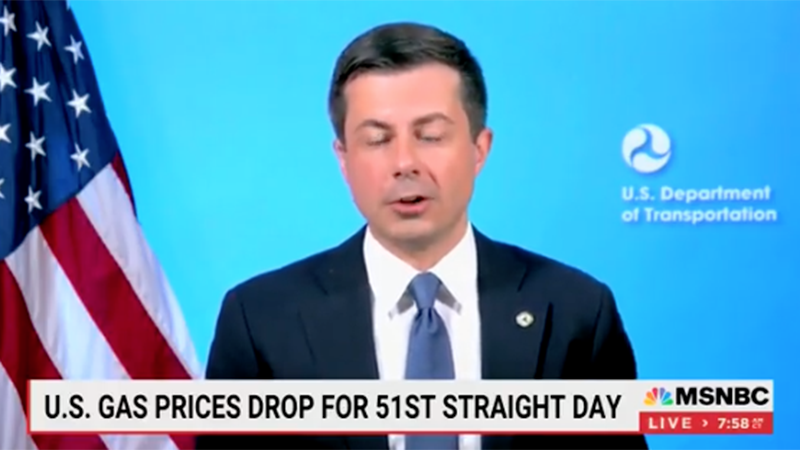 Buttigieg made the comments on MSNBC, stating that the best strategy to combat unaffordable gas prices is to “make sure Americans have more options through greater fuel efficiency and greater access to vehicles that don’t require fuel.”

With the cheapest new EV being over 50 grand, and requiring constant re-charging at home, Buttigieg now acknowledges that most people cannot afford such an expense, so he has a plan.

He’s going to give people who can already afford them a few thousand dollars through ‘tax credits’.

Buttigieg’s comments come a day after Biden administration energy adviser Amos Hochstein claimed that it is “just factually not true” to claim that gas prices were increasing before the invasion of Ukraine, a blatant lie.

Meanwhile, the disturbing Biden victory lap on gas prices coming down slightly in the past month continues.