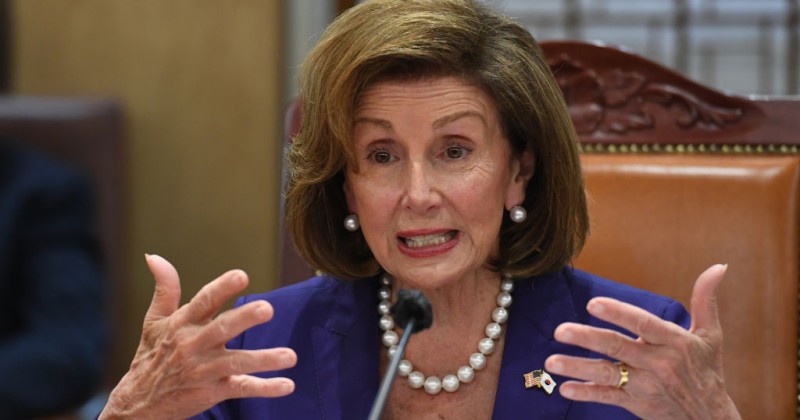 Nancy Pelosi absurdly injected identity politics into the controversy over her visit to Taiwan, asserting that China was angry over the trip because she is a woman.

Pelosi arrived in Taiwan despite warnings by China that it would represent a violation of China’s sovereignty, with Chinese Foreign Minister Wang Yi asserting, “Those who play with fire will not come to a good end and those who offend China will be punished.”

Beijing responded to the visit by kicking off its biggest-ever military exercises in the seas around Taiwan.

However, during a press conference, the Speaker of the House suggested that the real reason China was mad was due to its internalized misogyny.

“They didn’t say anything when the men came.”

“They made a big fuss because I’m the Speaker, I guess. I don’t know if that was a reason or an excuse because they didn’t say anything when the men came,” said Pelosi.

Meanwhile, while Pelosi is bragging about her biological gender, China is ramping up its response to her visit.

Experts warn that Beijing’s biggest ever live-fire military drills around Taiwan could spiral into war.