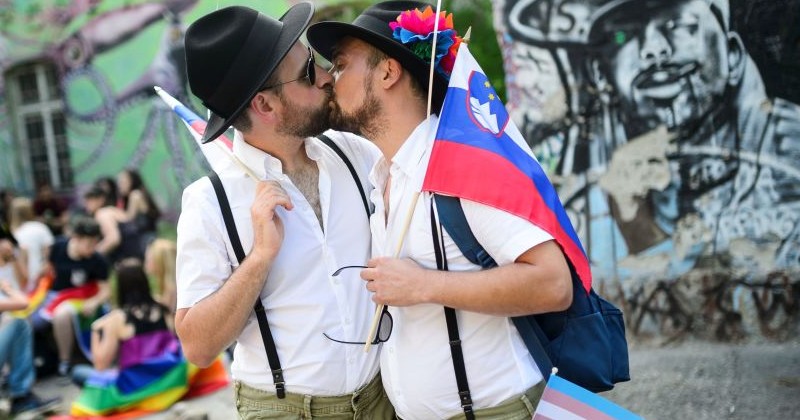 Slovenia’s Constitutional Court has legalized gay marriage and gay adoption despite the country’s population voting against it in three separate national referendums.

The country became the first former communist eastern bloc country to legalize homosexual marriage, but it did so in complete violation of the democratic will of the people.

“The majority argued that a ban on same-sex marriages is unconstitutional. According to Radio France, the ruling came after two gay couples filed complaints that they could not marry or adopt children.”

Slovenians last rejected gay marriage in a 2015 national referendum, with 60 per cent voting against it, the third such repudiation of the matter.

Despite the majority of the population rejecting the legalization of homosexual marriage, it is likely to now be enshrined into law by the government following the court ruling.

“When the Hungarian government institutes the will of the people and bans gay marriage and gay propaganda directed at children they’re threatened with sanctions and accused by the EU of being “against democracy” and “democratic norms” but when Slovenia’s top court forces the gay agenda on their people they get nothing but praise,” writes Chris Menahan.

As we previously highlighted, a law passed by Hungary’s National Assembly ensured that sex education in schools “must not be aimed” at “promoting homosexuality” or “changing gender,” according to ruling party Fidesz.

The law also banned showing children under the age of 18 material related to homosexuality or transgenderism on television, movies or in advertisements.

This triggered the unelected European Commission, which launched two infringement procedures against the law, while the leaders of the EU’s 17 biggest countries reacted by penning a letter arguing the legislation represented a violation of “fundamental rights.”

Hungary responded by telling the EU is had no business interfering in how Hungarian parents decided to raise their kids.

A Qatari man on Twitter received over 600,000 likes for asking why other countries with different cultures should embrace and promote LGBT.