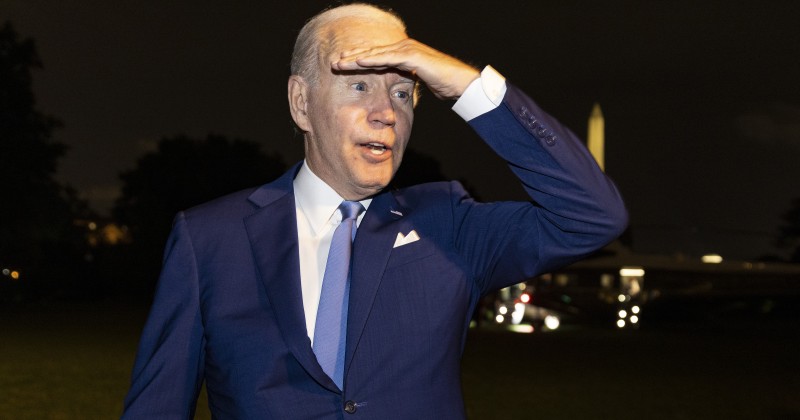 Congressman and former White House physician Ronny Jackson says Joe Biden may be on cognitive drugs to get him through the day and will be forced to resign as a result of his mental impairment.

“Are they hiding this and feeding him drugs to allow him to function?” asked Bartiromo, adding, “I know he goes home to Delaware a lot, more than any other president.”

“Who is running the White House right now and are they covering up for these mental issues?” Jackson was asked.

The White House is COVERING UP Biden's cognitive issues. Who's running the country? Because Biden IS NOT! I fully expect Biden WILL NOT finish his term. He needs to resign. We CAN NOT drag this on ANY longer! pic.twitter.com/WaQEI8bzTI

“Who is pulling the strings, who is running the country right now, we don’t really know the answer to that,” responded Jackson, who was personal physician to both Barack Obama and Donald Trump.

“They’re rolling him out at specific times during the day, he’s got good days and bad days, whether or not they have on drugs I don’t know, there are drugs out there that can increase your memory and alertness and things of that nature, and cover stuff like this up temporarily, so I’m sure some of that is going on,” the Congressman added.

Jackson called on Biden’s physician to be more honest about the situation, noting that he was only initially allowed to become president so that the entire west wing could be populated by Obama loyalists.

The Congressman went on to assert that he thinks Biden will resign before 2024 because his cognitive decline “will get worse not better with age,” adding that another reason, such as the Hunter Biden scandal, may be used as an excuse to oust him.

“I think they will look for an opportunity to throw him under the bus in the next few…months and try to get rid of him because I think that they also know he cannot make it to the end of this term in 2024,” said Jackson.

As we previously highlighted, Jackson didn’t back away from his questioning of Biden’s cognitive impairment despite receiving a scathing letter from Barack Obama deploring him for discussing it.

As we explore in the video below, Biden’s bizarre behavior and verbal gaffes are now so regular, it’s becoming impossible to hide the obvious.

Pictures: People Are Doing A #BidenBikeChallenge Where Biden Face Planted Off His Bike