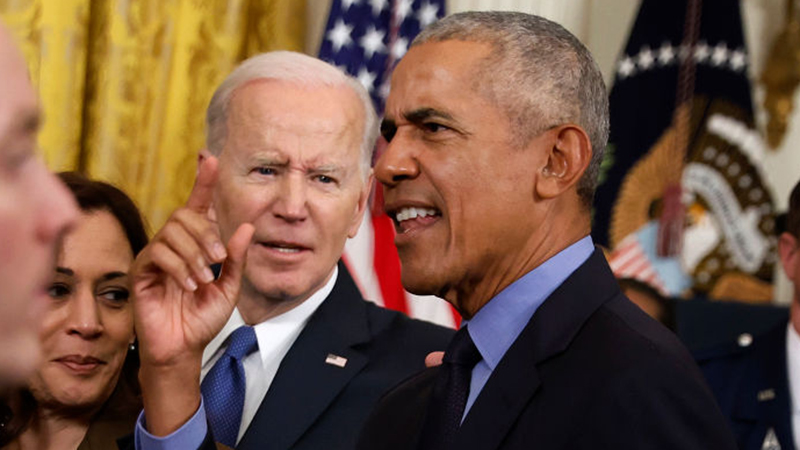 Republican Texas Congressman, and former White House physician, Ronny Jackson has shared a letter sent to him by his former boss Barack Obama, who scolds the doctor for daring to call into question the cognitive ability of Joe Biden.

As we have previously highlighted, Jackson has on multiple occasions suggested that Joe Biden appears not fit for office and should take a cognitive test.

Jackson has asserted that the “White House is doing everything they can to hide Biden’s obvious cognitive decline,” further noting that his handlers “know that if they gave him a cognitive test, that he would have failed miserably, and then they would have had to explain that away somehow.”

Jackson has also made the point that the left repeatedly demanded that Donald Trump take a cognitive test while president and make the results public, which he did with Jackson at the helm.

Seemingly though, Barack Obama appears to have a big problem with Jackson speaking out as a doctor.

Jackson shared with Fox News the letter Obama sent him in which the former president “just tore me up,” according to the doctor.

“I have made a point of not commenting on your service in my successor’s administration and have always spoken highly of you both in public and in private,” Obama wrote, adding “You always served me and my family well, and I have considered you not only a fine doctor and service member but also a friend.”

“That’s why I have to express my disappointment at the cheap shot you took at Joe Biden via Twitter,” he continued, charging “It was unprofessional and beneath the office that you once held. It was also disrespectful to me and the many friends you had in our administration.”

“You were the personal physician to the President of the United States as well as an admiral in the U.S. Navy,” Obama added, asserting “I expect better, and I hope upon reflection that you will expect more of yourself in the future.”

Commenting on the Obama letter and Biden’s mental state, Jackson told Rep. Jim Banks during a podcast “All I know is that he’s got age-related cognitive decline, right. He is not mentally fit right now.”

“He’s 78 years old and you can see it. You don’t need to be a physician to look at him and to look at his behavior and some of the other stuff, just the way he shuffles away, stares off into space,” Jackson added.

“I know what that job entails, both physically and mentally, and how demanding it is. And I can tell you right now, I’m 100% sure that Joe Biden is incapable of doing that job,” the doctor further urged.

“Let it be known, as the White House physician for the last three presidents, I was the first to say that we have a serious problem with this man’s cognitive demise, and he will not make it four years in office,” Jackson further asserted, adding “I’ve always said there would come a point where it wouldn’t be just me talking about it, but his own party, and sadly, that has proven to be the case. Joe Biden’s cognitive failures are on full display for the whole world to see.”

Jackson’s comments come as Biden was seen landing in Israel and asking “what am I doing now?” before telling a crowd to “keep alive” the “honour of the Holocaust.”

Former White House Physician: Biden May Be On Cognitive Drugs to Get Him Through the Day

Video: Even CNN Can’t Believe How Low Biden’s Ratings Are