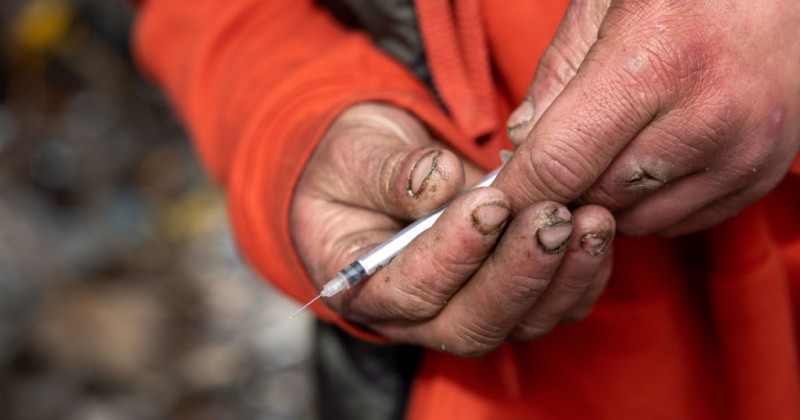 A leftist party in Germany is pushing for a new policy that would see free crystal meth given to drug addicts in an effort to “reduce the pressure” on the prosecution of drug dealers.

The Left Party has filed a motion in parliament that states drug users must be “consistently protected from criminal prosecution” and supplied at taxpayer expense.

“As reported by the German news outlet Junge Freiheit, hard drugs such as methamphetamine would be distributed to addicts under close “therapeutic support” to bring down criminal prosecutions; other hard drugs such as morphine, ecstasy, cocaine, LSD, and even heroin would no longer be prosecuted if users were found purchasing or possessing small quantities,” reports Remix News.

Decriminalizing hard drugs would follow in the footsteps of policies already implemented that have led to federal states not prosecuting people who are found in possession of small quantities of marijuana.

Amphetamine abuse is already a massive problem in Germany, with crystal meth offenses rising in 2020 by 18.9 percent, a number that has likely significantly worsened since those figures were published as a result of COVID-19 lockdowns.

Leftists in Germany previously began a national conversation about legalizing crystal meth back in 2015.

The enlightened liberal policy of handing out free drugs and needles to drug addicts while refusing to prosecute those found in possession of hard drugs has led to an absolute nightmare in places like San Francisco and Los Angeles.

In San Francisco, where millions of free needles are given to drug addicts every year, the streets are littered with them while semi-conscious meth heads and heroin junkies lie prostrate on the sidewalk.

Good luck with that, Germany!

Wow… this is what kids in San Francisco have to walk through to get home from school… watch till end pic.twitter.com/zMdsC16Jlf