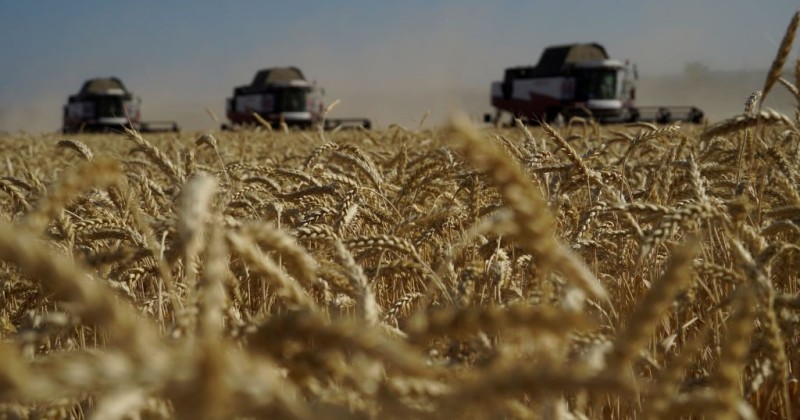 The European Union has warned of a new wave of migration caused by a global food crisis exacerbated by the war in Ukraine.

Aija Kalnaja, the newly appointed interim director, told reporters in Prague that the bloc was already prepared for refugees leaving Ukraine, but that the wider problem would likely be an influx of people from other areas of the world.

“We have to prepare also for refugees coming from other areas because of food security,” said Kalnaja. “You probably know that grain transport from Ukraine is hampered and that will create waves of migration.”

Her warning follows the release of a 27-page internal EU report last month which highlighted the threat of “a catastrophic famine” facing North Africa.

A global hunger crisis might trigger “new waves of social protest, internal displacement and migration to neighboring regions and possibly towards the EU,” the report said.

A similar warning was sent by Italian League party leader Matteo Salvini, who back in May said that up to 20 million Africans could try to enter Europe if the disruption to grain supplies continues.

Salvini cautioned that, “Significant hunger is expected on the African continent, which will be a humanitarian, then a social, and finally an Italian problem.”

“Without peace there will be famine in the autumn and 20 million Africans will be ready to go,” he added.

British TV presenter and celebrity farmer Jeremy Clarkson was also only half-joking when he quipped that global food shortages caused by the war in Ukraine could eventually lead to cannibalism.

In addition to the food crisis, there is already a massive pull of people wanting to leave Africa, with Europe their favored destination.

A survey of 15 African countries last month revealed that more than half of young people want to leave the continent in the coming years.

As we document in the video below, the food crisis is being exacerbated by globalist technocrats enforcing green agenda cuts that will devastate the agriculture industry.

Farmers in the Netherlands, one of the world’s largest meat exporters, have staged massive protests over a plan to slash nitrogen emissions that would put many of them out of business forever.

Germany Plans ‘Warm Up Spaces’ in Response to Gas Shortages