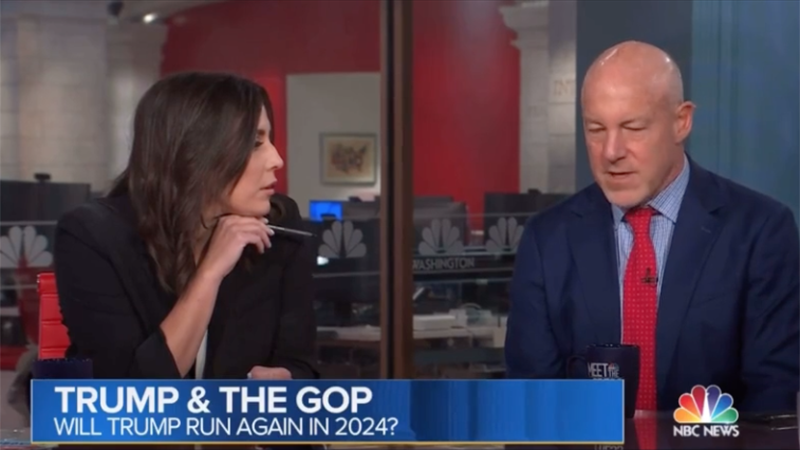 A panel on Chuck Todd’s NBC show Sunday declared that Democrats and anti-Trump Republicans have no plan to combat the former President running again in 2024 other than to hope he dies.

The Meet The Press host asked his guests how would Trump accept losing if he ran again, to which National Review editor Rich Lowry began to respond that there is only a 15% chance that Trump will not run.

Todd then suggested that “the only answer [to that question] is death.”

Atlantic journalist Mark Leibovich then chimed in and suggested that “the only plan we have, as one former Republican congressman said… is sitting around hoping he [Trump] dies.”

That pretty much sums up how hopeless Joe Biden’s presidency is.

Elsewhere during the broadcast, Todd pointed out that Joe Biden’s approval rating is lower than any other president in recent history at this point: