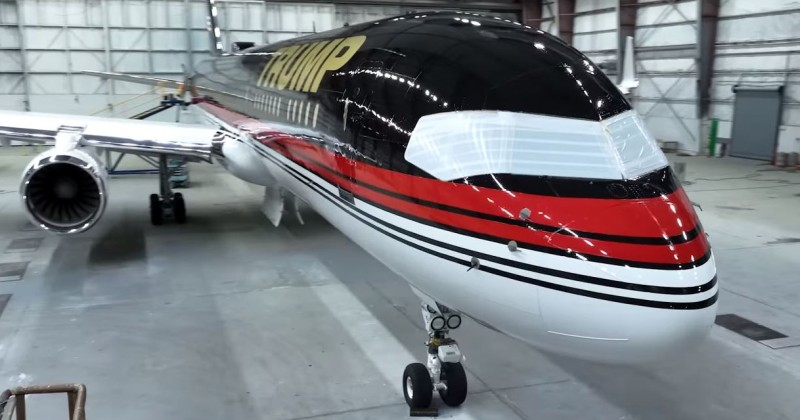 An unlisted video discovered on YouTube shows Donald Trump’s plane getting a new paint job, suggesting the former president could be about to announce his 2024 candidacy.

The four minute promotional clip was uploaded on July 4 by a local videographer and shows Louisiana-based Landlocked Aviation completing a refinishing job on the plane known as Trump Force One.

“The video features the plane being moved into a hangar then wrapped in plastic and washed and sanded,” reports Valiant News.

“When the plane was stripped down, workers prepared primer, then paint, and began to completely cover the plane’s iconic paint job.”

The jet was then repainted to match the original design, with the addition of an American flag on the plane’s tail.

The plane was unused throughout Trump’s term in office as presidents use Air Force One, although Trump did say he would begin using it again after he left the White House.

The paint job will fuel existing speculation that Trump is set to announce his 2024 candidacy at some point this month.

As we highlighted last month, according to people close to Trump, the former president wants to show closest rival Governor Ron DeSantis “who the boss is” by staging a massive July rally in Florida.

Trump apparently wants a fireworks-heavy spectacular to upstage DeSantis and is already scouting potential locations near to the Florida Governor’s Mansion in Tallahassee.

Meanwhile, during a speech last night, Joe Biden, whose job approval just hit a new record low, started mumbling about how Trump had called him after he supposedly heard a cellphone ringing in the crowd.

— President Biden jokes when a cellphone goes off during his speech in Cleveland pic.twitter.com/csFG5AqjaH