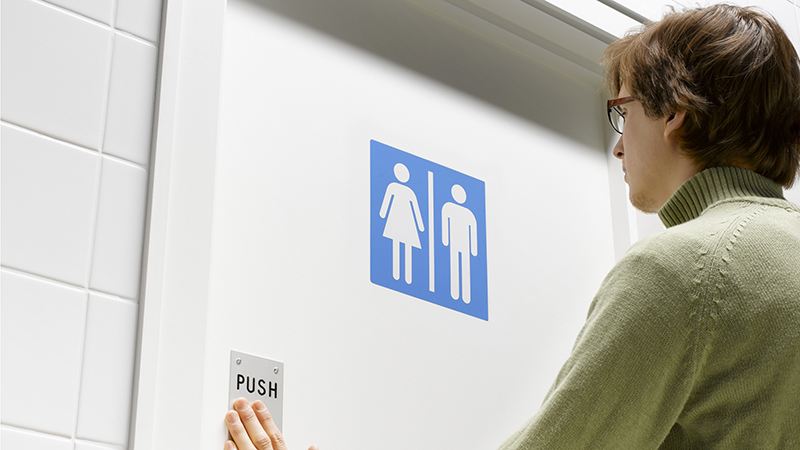 The British government has made it mandatory for all public buildings to have single sex toilets, a separate ladies and a separate gents space, halting the trend of having unisex toilets where both men and women can enter.

The move away from ‘gender-neutral’ toilets in hospitals, schools, offices and entertainment spaces is believed to have been signed off on by ministers, after Conservative Party Equalities Minister Kemi Badenoch made the case for it being a legal necessity.

The move will mean that all planning and building regulations will be required to include a self-contained space for women-only facilities, as well as the introduction of partitions in unisex bathrooms already in buildings.

A government source told The London Telegraph that “It is vital that women feel safe and comfortable when using public facilities and that there is a greater emphasis on provision that is focused on dignity, privacy, tolerance and respect for all.”

“These changes will stop the march of ‘universal’ and forced sharing of spaces – with a focus on guaranteeing privacy for all,” the source added.

Women’s rights group Fair Play For Women had lobbied the government to make the changes, noting that “Sex-specific toilets are universally recognized as making a positive contribution to the lives of women and girls,” adding that “They are important factor which contributes to female emancipation.”

The group also noted that single sex spaces are key for the “basic safety of women, reducing their risk of assault, rape and murder.”

The group also urges that “Trans-inclusion policies are dictating that trans-identifying children and young people should have access to the facilities and sports of their self-declared gender rather than their sex. This has the effect of making such facilities and activities mixed sex. This is much more to the detriment of girls than boys.”

“The UK Department of Education mandates sex-segregated toilets and changing rooms from the age of eight in schools. Trans inclusion policies are being promoted and adopted, with the best intentions, which undermine this requirement,” the group further warns, adding that “Elsewhere in the UK, the adoption of mixed changing rooms has led to increased risk for women of sexual assault.”

Of course, the move to cement single sex toilets in law was instantly declared ‘transphobic’ by the pronoun mob:

And of course, the favourite ‘you’re a fascist’ insult came out again: 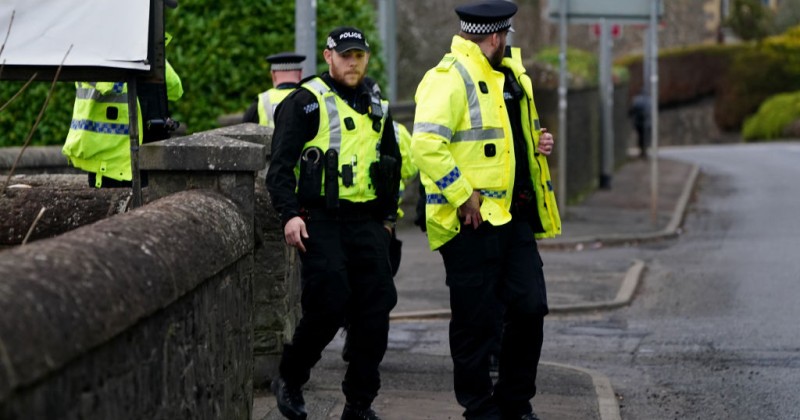 Scottish police defied efforts to allow criminals who have committed predatory attacks against women to legally identify as women by referring to a transgender butcher who kidnapped an 11-year-old girl as a man.

The 11-year-old girl disappeared on Sunday in Gattonside near Galashiels and was missing for more than a day before being found “safe and well” at home after an agonizing search and rescue mission by authorities.

Andrew George Miller was subsequently taken into custody on Monday night, with police describing him as a “53-year-old man,” despite Miller supposedly “transitioning” to become Amy six years ago and dressing as a woman.

“The decision by police to refer to the suspect as a man comes despite Ms Sturgeon’s push to change the law so that those who self-identify as a particular gender in Scotland can easily gain legal recognition in that gender,” reports the Telegraph.

Before being arrested for the kidnapping, Miller made several social media posts expressing his opposition to the government in Westminster blocking Scottish First Minister Nicola Sturgeon’s attempts to pass a law that would have allowed men, even those convicted of committing sex attacks against women, to legally identify as women.

“But the Transgender Policy. How can Westminster decide what we have decided?” Miller posted on Facebook, adding, “When we decide in Scotland.. It works for us in Scotland.. Simple as that.”

The transgender butcher caused shock in the local community by suddenly styling his hair as a woman and dressing in female clothing. In January 2020, Miller asserted that he was a “single woman, only interested in single women.”

As we previously highlighted, Sturgeon insisted that transgender criminals convicted for raping women are women, despite a car crash interview in which she appeared to flip flop all over the place.

The controversy began after 31-year-old Adam Graham, who was was found guilty of raping the two women during frenzied sex attacks, was sent to Scotland’s only all female prison.

Another individual, Andrew Burns, who subsequently identified as Tiffany Scott, was sent to the same all female correctional facility as Graham despite being convicted of stalking a 13-year-old girl as well as committing numerous attacks on women.

Report: Church Of England May Drop Male Pronouns ‘He/Him’ And ‘Our Father’ To Describe GOD

And then the woke mob came for God 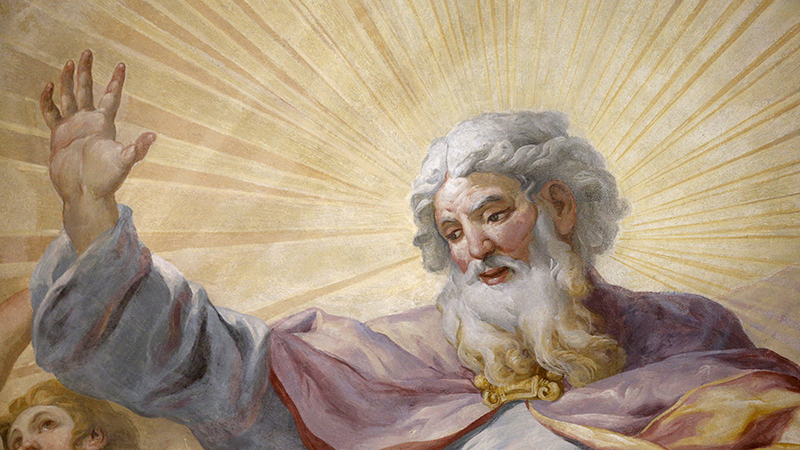 The Church of England is considering dropping the phrase “our Father” from the start of the Lord’s Prayer, and instructing clergy to refrain from using male pronouns when talking about God, according to a report in The Telegraph.

The move comes after Reverend Joanna Stobart, a vicar in the diocese of Guildford, claimed that some clergy want to refer to God without saying He or Him in order to be “more inclusive.”

Stobart wrote, “Please could the Liturgical Commission provide an update on the steps being taken to develop more inclusive language in our authorized liturgy and to provide more options for those who wish to use authorized liturgy and speak of God in a non-gendered way, particularly in authorized absolutions where many of the prayers offered for use refer to God using male pronouns?”

The report notes that the Bishop of Lichfield, the Rt Rev Michael Ipgrave, responded “We have been exploring the use of gendered language in relation to God for several years, in collaboration with the Faith and Order Commission.”

This latest attempt to shoehorn wokeness into the Church of England comes after revelations of the establishment of a £100 million fund to “address past wrongs of slavery,” even as some church buildings are literally falling apart.

Over Christmas, a CofE church in Loughborough made headlines when it erased references to the nativity and Jesus in a Christmas carol and replaced them with a celebration of “queer” people.

In July last year, the Church of England refused to define what a woman was, saying they had no definition of it on their books, despite still ostensibly opposing same sex marriage.

In 2021, the CofE announced it was introducing quotas for black and ethnic clergy to pave the way for ‘anti-racism training’ in the Church, as well as ‘contextualising church statues that may cause offence.”

Not even God is spared from the woke mob.

Says hormone levels alone don’t determine what a woman is. 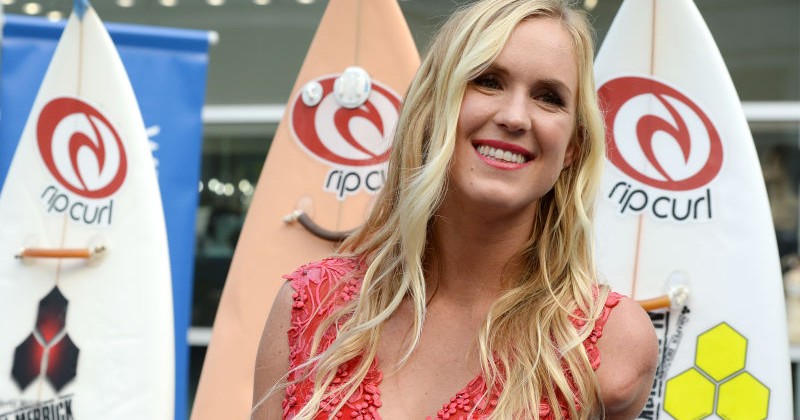 American surfing icon Bethany Hamilton has vowed to boycott the professional tour over a rule change that allows biological males who identify as women to compete against female surfers.

Hamilton took the stance after the World Surf League (WSL) announced it would comply with the policies of the International Surfing Association (ISA) when it comes to transgender surfers.

Athletes born men can compete in female divisions if they maintain a testosterone level less than five nmol/L (nanomoles per litre) for 12 months.

WSL chief Jessi Miley-Dyer said the policy was important in order to “balance equity and fairness.”

However, Hamilton took to Instagram to complain that testosterone levels alone don’t determined what a woman is.

“Is a hormone level an honest and accurate depiction that someone indeed is a male or female? Is it as simple as this?” she asked.

Surfing champion Bethany Hamilton has just announced she will NOT compete in the World Surf League anymore if they allow biological men to surf in the women’s events. She’s already an absolute legend but this stand makes her even more of a legend. Thank you @bethanyhamilton! pic.twitter.com/gF2qa7cD84

Hamilton speaking out on the issue is a big deal because of her high profile and success in the sport. She has been featured in a number of television specials and documentaries after losing her arm to a shark attack when she was a child and overcoming it to compete at the highest level.

“I personally won’t be competing in or supporting the World Surf League if this rule remains,” said Hamilton, adding, “This concerns me as a professional athlete who has been competing for the last 15-plus years.”

The surfer said she decided to go public in order to “stand up and speak up for those in a position that may feel they can’t say something about this.”

“I think many of the girls who are on tour are not in support of this new rule, and they fear being ostracised if they speak up,” said Hamilton.

She also noted how sports where similar policies were introduced, such as swimming, running, and MMA, were being dominated by biological men identifying as transgender.

“Who is pushing for this huge change? Does this better the sport of surfing? Is this better for the women in surfing? If so, how?” she demanded to know.

Hamilton argued that a new division should be created solely for transgender athletes in order to protect the female division.

“I think it’s really hard to imagine what the future of women’s surfing will be like in 15-20 years down the road if we move forward allowing this major change,” she concluded.

As we highlighted last year, swimming’s world governing body slapped a total ban on transgender athletes that have gone through any form of male puberty from taking part in women’s competitions.