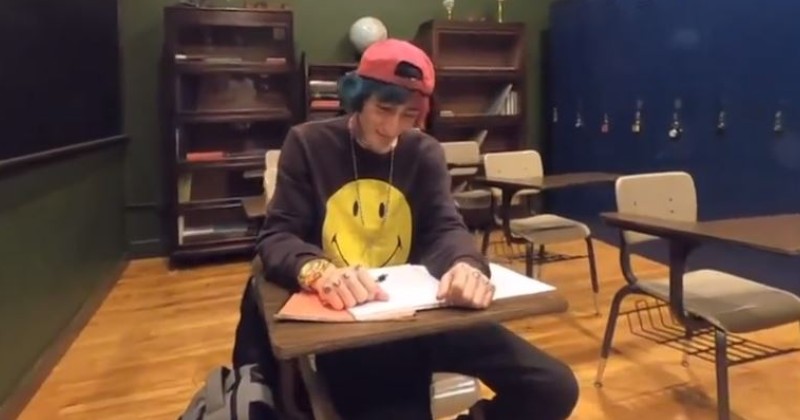 The ghoulish battle over which political side to blame the Highland Park shooting on has begun, with some claiming he is a Trump supporter and others pointing to the gunman’s anti-Trump sentiment expressed online.

22-year-old Robert E Crimo III was arrested by police after a manhunt following the mass shooting which targeted a July 4 parade in Chicago, leaving 6 dead and 30 people seriously injured.

Aside from the usual push for gun control, others have desperately sought clues as to a potential political motive behind the attack.

A struggling rapper, Crimo posted creepy YouTube videos in which he repeated that he was “like a sleepwalker” that “can’t be stopped.”

"Like a sleepwalker unable to stop and think, my actions will be valiant. And my thought is unnecessary. I know what I have to do." pic.twitter.com/CROskei1Vh

Another bizarre clip from a low budget rap video shows the shooter in a school classroom.

Some pointed to the shooter being pictured attending a Trump rally, although as Mike Cernovich points out, his dressing like the ‘Where’s Waldo’ character suggests he was trolling the event.

However maybe one or more people gage video from this day? If you recognize this event, or know someone who does, please check. https://t.co/w4wbg8HCDl

Other Twitter posts showed that Crimo liked numerous tweets that called for the arrest of “every Congressmember who helped organize January 6th.”

However, another photo shows Crimo wrapped in a Trump flag. 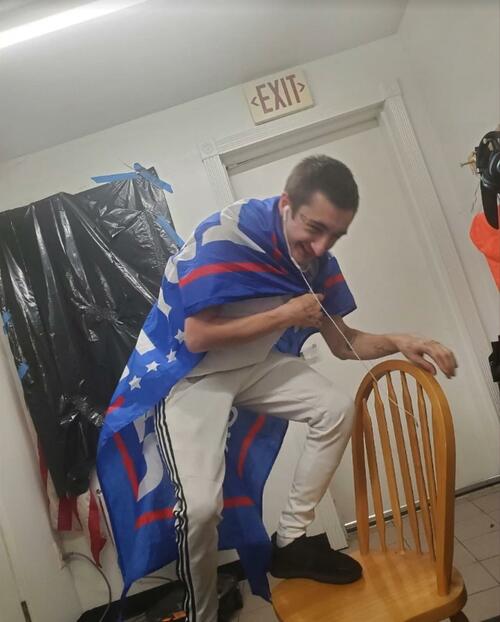 Antifa supporters appear to be a little nervous about the prospect of Crimo being one of them.

What’s pretty certain is that the shooter’s physiognomy certainly isn’t stereotypically that of a Trump supporter or a conservative.

How many conservatives have you met that look like this 👇 pic.twitter.com/3uzXsMNy2A

However, as Ian Miles Cheong points out, the shooter is likely just another psycho looking for attention who sought to throw in political ideology from all across the spectrum simply to get people talking about him.

I think Robert Crimo is a psycho. Planned it all out to look like he’s both a Trump supporter and a Biden supporter. Perhaps a true accelerationist. He’s got everyone squabbling over his politics but at the end of the day he killed innocents and represents no one but himself.

Beyond any political motivation, is clearly another product of the sickness that currently envelops America as a result of the decline on Christianity, and its replacement with atomization and moral relativism.

It’s also virtually guaranteed that Crimo was on psychiatric drugs, which have become a macabre hallmark of mass shootings.