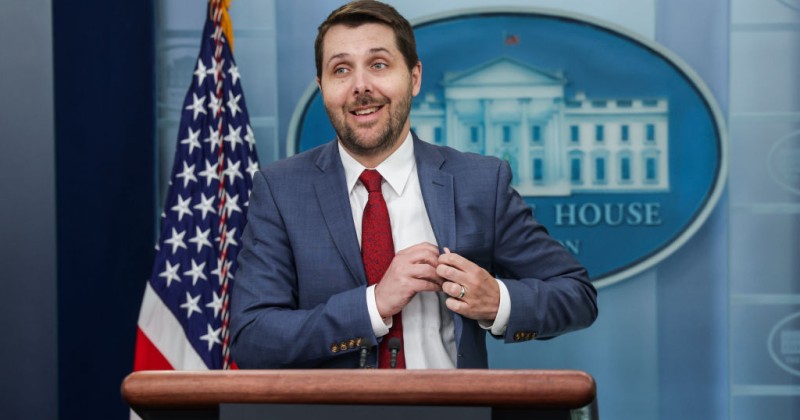 The White House has told Americans they must continue to endure crippling high gas prices in order to preserve the “liberal world order” and support Ukraine.

The comments were made by Biden advisor Brian Deese during a CNN interview when he was asked about the cost of living crisis.

“What do you say to those families that say, listen, we can’t afford to pay $4.85 a gallon for months, if not years?” the host asked Deese.

“This is about the future of the Liberal World Order and we have to stand firm,” Deese responded.

BIDEN ADVISOR BRIAN DEESE: "This is about the future of the Liberal World Order and we have to stand firm." pic.twitter.com/LWilWSo72S

Countless Americans couldn’t care less about preserving the “liberal world order” in support of Ukraine, and would undoubtedly rather put America first.

Indeed, polls have shown that whenever they’re told the consequences of ‘supporting Ukraine’, appetite for American involvement plummets.

But that’s not the view of the president, who also said yesterday that Americans should suffer pain at the pump for “as long as it takes” because ‘Putin bad man’.

🚨: NY Times' Jim Tankersley asks Biden, "How long is it fair to expect American drivers to pay that premium" for the war in Ukraine?

Biden once again blamed “Russia, Russia, Russia” for high gas prices, despite inflation already soaring before the war in Ukraine and his sanctions exacerbating the crisis.

“The Biden regime is crashing the global economy just to stick it to Putin and they don’t give a damn how many Americans and Europeans have to suffer,” comments Chris Menahan.

“You must be made to suffer for as long as it takes to secure the future of the Liberal World Order and ensure every town, city, state and nation throughout the world can host a Gay Pride Parade.”

BlackRock CEO Larry Fink also ludicrously claimed “nationalism” was to blame for inflation, asserting, “The rise– whether you call it nationalism or the rise of this belief that we have to focus on communities that have been devastated by globalization, we need to find ways of creating better jobs for more Americans, that in itself is inflationary.”

No one with any critical thinking skills is buying it. 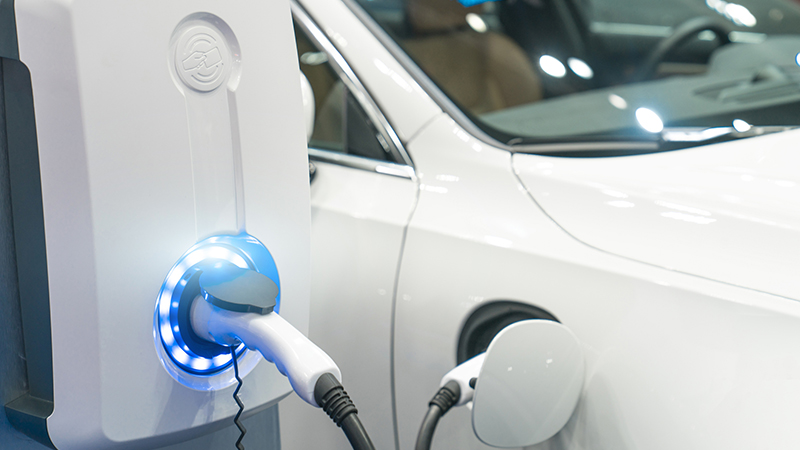 Electric car manufacturers have hiked their prices pretty much across the board, effectively completely cancelling out government tax credit incentives signed into law by Democrats this week.

Under the ‘Inflation Reduction Act’, which economic experts say will not reduce inflation, anyone buying a new EV with a battery that was built in North America is eligible for a $7500 credit.

That already discounts most EVs.

Less than a third are eligible

As for the rest, well they’ve gone up in price by thousands of dollars.

So much for the green transition.

As we have repeatedly highlighted, EVs cost on average $67 thousand dollars and are already completely unaffordable to most Americans.

That hasn’t stopped Biden energy minions touting them as a solution to high gas prices: 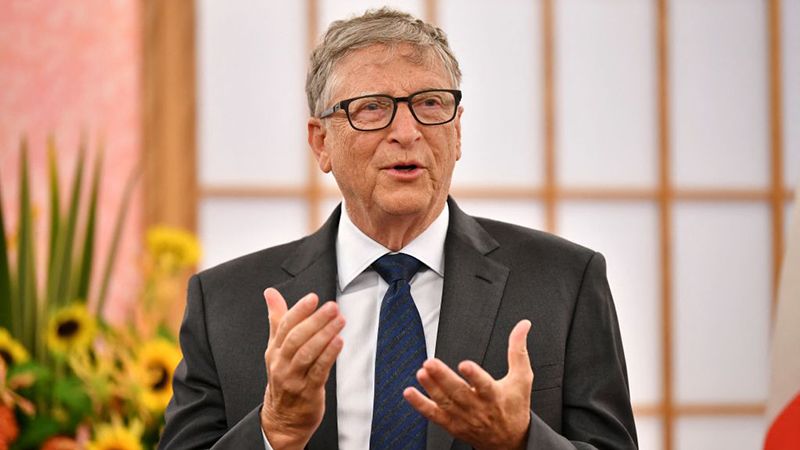 The Democrats’ “Inflation Reduction Act” – which according to the Congressional Budget Office will raise taxes on the middle class to the tune of $20 billion – not to mention unleash an army of IRS agents on working class Americans over the next decade, was made possible by Bill Gates and (in smaller part) Larry Summers, who have been known to hang out together.

The bill, of course, was signed yesterday.

In a Tuesday Bloomberg article that reads more like a newsletter for the Gates fan club, the billionaire Microsoft co-founder recalls how earlier this year, as moderate Democratic Senators Joe Manchin and Kyrsten Sinema continued to block the tax-and-spend legislation over concerns that it would raise taxes on the middle class (it will), Gates says he tapped into a relationship with Manchin that he’d been cultivating since at least 2019.

Gates was banking on more than just his trademark optimism about addressing climate change and other seemingly intractable problems that have been his focus since stepping down as Microsoft’s chief executive two decades ago. As he revealed to Bloomberg Green, he has quietly lobbied Manchin and other senators, starting before President Joe Biden had won the White House, in anticipation of a rare moment in which heavy federal spending might be secured for the clean-energy transition.

Those discussions gave him reason to believe the senator from West Virginia would come through for the climate — and he was willing to continue pressing the case himself until the very end. “The last month people felt like, OK, we tried, we’re done, it failed,” Gates said. “I believed it was a unique opportunity.” So he tapped into a relationship with Manchin that he’d cultivated for at least three years. “We were able to talk even at a time when he felt people weren’t listening.” -Bloomberg

We know, gag us with a spoon.

Apparently Gates and Manchin’s bromance began when the billionaire wooed the West Virgina Senator at a 2019 meal in Seattle, in an effort to garner support for clean-energy policy. Manchin at the time was the senior-most Democrat on the energy committee.

“My dialogue with Joe has been going on for quite a while,” said Gates.

After Manchin walked (again) on the bill last December over concerns that it would exacerbate the national debt, inflation, the pandemic, and amid geopolitical uncertainty with Russia, Gates jumped into action. A few weeks later, he met with Manchin and his wife, Gayle Conelly Manchin, at a DC restaurant, where they talked about what West Virginia needed. Manchin understandably wanted to preserve jobs at the center of the US coal industry, while Gates suggested that coal plant workers could simply swap over to nuclear plants – such as those from Gates’ TerraPower.

In an effort to convince him otherwise, Democrats pulled together a cadre of economists and other Manchin influencers – including former Treasury Secretary Lawrence Summers, who convinced Manchin that the bill wouldn’t raise taxes on the middle class, or add to the deficit.

Collin O’Mara, chief executive officer of the National Wildlife Federation, recruited economists to assuage Manchin’s concerns — including representatives from the University of Chicago and the Wharton School of the University of Pennsylvania. Senator Chris Coons of Delaware brought in a heavyweight: former Treasury Secretary Lawrence Summers, who has spent decades advising Democrats.

The economists were able to “send this signal that [the bill’s] going to help with the deficit,” O’Mara said. “It’s going to be slightly deflationary and it’s going to spur growth and investment in all these areas.” Through this subtle alchemy, clean-energy investments could be reframed for Manchin as a hedge against future spikes in oil and gas prices and a way to potentially export more energy to Europe. -Bloomberg

Gates also sprang into action again on July 7, when Manchin was spotted at the Sun Valley media conference in Idaho – which Gates also attended.

“We had a talk about what was missing, what needed to be done,” Gates said. “And then after that it was a lot of phone calls.”

Gates looks back at the new law with satisfaction. He achieved what he set out to do. “I will say that it’s one of the happier moments of my climate work,” Gates said. “I have two things that excite me about climate work. One is when policy gets done well, and this is by far the biggest moment like that.” His other pleasure comes from interviewing people at climate and clean-tech startups: “I hear about this amazing new way to make steel, cement and chemicals.” -Bloomberg 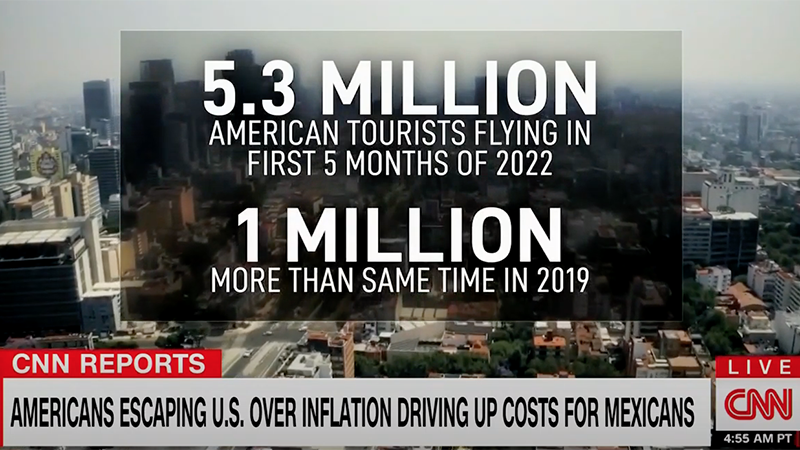 Joe Biden’s economy is sinking so fast that over five million Americans have gone to Mexico, according to a report.

It’s a CNN report, but it doesn’t seem to be completely fake news this time, as it cites State Department figures.

A million more Americans flew to Mexico in the first five months of this year than they did at that point during 2019 (pre-pandemic).

“A refuge for migrants,” the ridiculous CNN voice over states, adding “perhaps not the border crossing you expected.”

A majority of 62 percent of renters are worried about being able to pay:

Food prices are up 13.1%, and 48% of Americans according to a YouGov poll say inflation is “eroding their livelihoods”:

Don’t worry though, because Biden signed the ‘inflation reduction act‘ this week.

And remember, the U.S. definitely isn’t in a recession because that has been redefined.