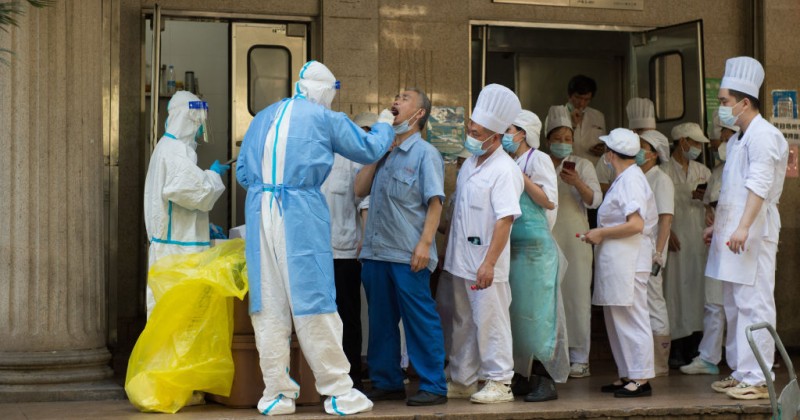 China has suggested it will maintain its controversial ‘zero COVID’ policy for at least 5 years, eschewing natural immunity and guaranteeing repeated rounds of new lockdowns.

“In the next five years, Beijing will unremittingly grasp the normalization of epidemic prevention and control,” said a story published by Beijing Daily.

The article quoted Cai Qi, the Communist Party of China’s secretary in Beijing and a former mayor of the city, who said that ‘zero COVID’ approach would remain in place for 5 years.

After the story prompted alarm, reference to “five years” was removed from the piece and the hashtag related to it was censored by social media giant Weibo.

“Monday’s announcement and the subsequent amendment sparked anger and confusion among Beijing residents online,” reports the Guardian. “Most commenters appeared unsurprised at the prospect of the system continuing for another half-decade, but few were supportive of the idea.”

Although western experts severely doubt official numbers coming out of China, Beijing claimed success in limiting COVID deaths by enforcing the policy throughout 2021.

However, this meant that China never achieved anything like herd immunity, and at one stage the Omicron variant caused more more coronavirus cases in Shanghai in four weeks than in the previous two years of the entire pandemic.

Back in May, World Health Organization Director General Tedros Adhanom Ghebreyesus suggested that China would be better off if it abandoned the policy, but Beijing refused to budge.

As we previously highlighted, the only way of enforcing a ‘zero COVID’ policy is via brutal authoritarianism.

In Shanghai, children were separated from their parents in quarantine facilities and others were left without urgent treatment like kidney dialysis.

Panic buying of food also became a common occurrence as the anger threatened to spill over into widespread civil unrest.

Former UK government COVID-19 advisor Neil Ferguson previously admitted that he thought “we couldn’t get away with” imposing Communist Chinese-style lockdowns in Europe because they were too draconian, and yet it happened anyway.

“It’s a communist one party state, we said. We couldn’t get away with it in Europe, we thought,” said Ferguson.

“And then Italy did it. And we realised we could,” he added.