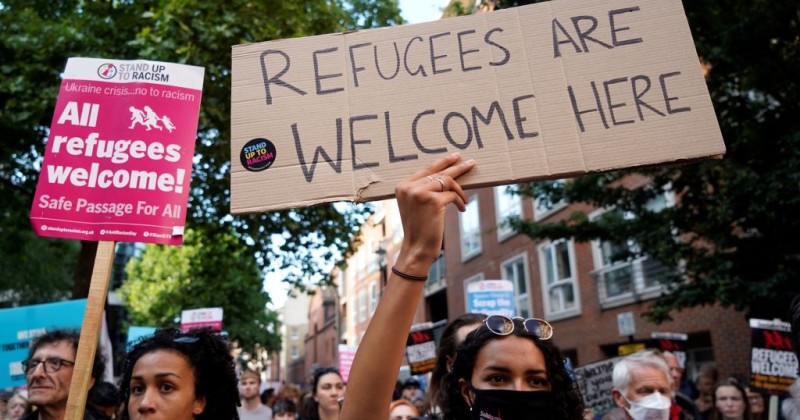 A new survey of 15 African countries has found that more than half of young people want to leave the continent in the coming years, with the majority of those who emigrate expected to head to Europe.

The African Youth Survey found that 52 per cent expressed a desire to move abroad in the next three years.

That number is significantly higher than a poll taken in 2020, impacted by the COVID-19 pandemic, which found that two thirds of young Africans wanted to stay in their home countries.

A Pew Research study released in 2018 found that a million sub-Saharan Africans had already moved to Europe since 2010 while another UN survey found that 90 per cent of Africans who had entered Europe illegally had no plans to return to their homelands.

“About 60 percent of Africa’s population is under the age of 25 with more than a third between the ages of 15-34. By 2100, Africa is predicted to have the youngest population in the world, with an average age of just 35,” reports Remix News.

As we previously highlighted, Italian League party leader Matteo Salvini has warned that if the war in Ukraine does not end soon, chronic food shortages will cause an immigration wave that will lead to 20 million African migrants trying to enter Europe.

While leftists continue to assert that diversity is a strength, that probably wasn’t a feeling shared by victims of a migrant mob rampage that took place in northern Italy last week.

Gangs of migrant men numbering in the thousands, some of whom shouted, “This is our territory, Africa must come here,” while waving flags of various African countries terrorized locals and tourists between the towns of Peschiera and Castelnuovo along Lake Garda.

Shop windows were smashed, women were sexually assaulted and police were violently attacked during the chaos.

“Following an incident of theft, the mob began brawling with sticks and knives and then started ransacking businesses along the waterfront with bottles and stones thrown. Riot police were deployed and clashed with the crowds,” reports Breitbart.

“I don’t know if they were first or second-generation immigrants,” said Orietta Gaiulli, the mayor of Peschiera. “They are just a race of criminals who have left a deep wound in my community. We lived a day of war.”

As we document in the video below, thanks to activist judges and left-wing protest groups, European countries are becoming increasingly impotent in dealing with waves of boat migrants fleeing from Africa and the Middle East.

Report: Biden To Punish Border Patrol Agents Even Though They Were Cleared Of ‘Whipping’ Migrants

The Absolute Shambles of UK Borders