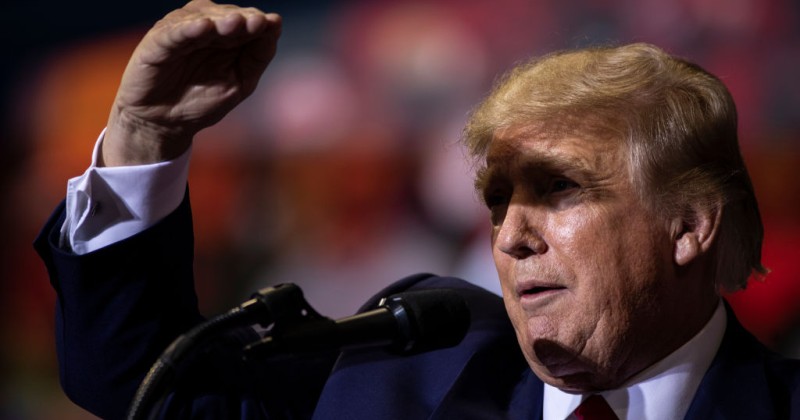 Sources suggest that Donald Trump could be preparing to launch his 2024 presidential campaign as soon as next month.

According to people close to Trump, the former president wants to show closest rival Governor Ron DeSantis “who the boss is” by staging a massive July rally in Florida.

Reportedly, Trump wants a fireworks-heavy spectacular to upstage DeSantis and is already scouting potential locations near to the Florida Governor’s Mansion in Tallahassee.

“One time that he did bring up the Florida [launch] scenario was quickly followed by him commenting on how terrible DeSantis was at public speaking and commanding an audience … [and that he’s] lacking in so much charisma and he’s so boring that Florida Republicans would leave Ron immediately for Trump [in a 2024 match-up],” a source told Rolling Stone.

However, some of Trump’s supporters are worried that launching the campaign too soon could overshadow the midterms and end up helping Democrats.

“The clearest, cleanest path is to have a cage-match rematch,” one source told NBC. “If you have that rematch too early, it could actually help Biden a little bit.”

“Trump in modest doses has been good for Trump,” they added.

Earlier this week, it was reported that Democrats are panicking at the thought of Biden once again going up against Trump for the 2024 presidential election.

“They have watched as a commander in chief who built a reputation for gaffes has repeatedly rattled global diplomacy with unexpected remarks that were later walked back by his White House staff, and as he has sat for fewer interviews than any of his recent predecessors,” reported the New York Times.

The latest poll, conducted by Blueprint Polling, shows Trump beating Biden by a margin of 44%-38% in a hypothetical run off.