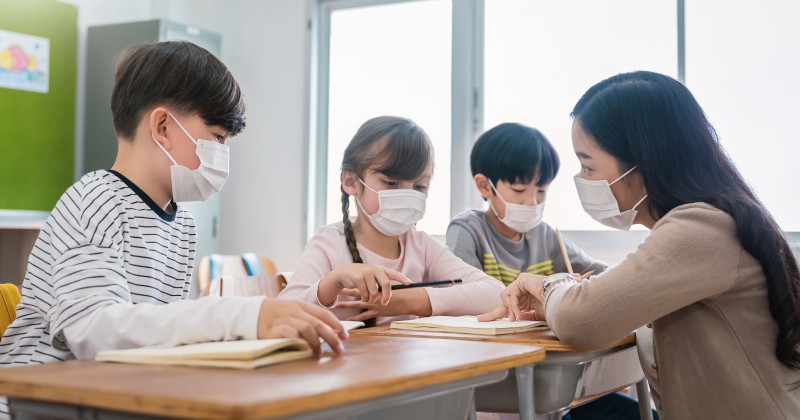 A new study set to be published later this week has found that thanks to social isolation caused by lockdown, many children entering elementary school are unable to say their own name.

“The report linked to the UK broadsheet The Times is set to reveal that developmental problems are widespread among young children in Britain, with the study set to blame pandemic conditions and a lack of parental education for the shortfalls,” reports Breitbart.

“We’ve got children who are still drinking from bottles with teats when they start school,” said one UK headmaster cited by the study.

“They are four years old and their language will include the word ‘bot-bot’, because that’s their communication for ‘Can I have a drink please?'” he added.

Another principal said his school had to hold assemblies on how to use a knife and fork because kids were eating meals with their hands, while another headmaster said half of kids haven’t even been toilet trained.

Children from disadvantaged socio-economic backgrounds are on average 5 months behind kids from wealthier families in terms of cognitive development.

As we previously highlighted, a study published in the Royal Society Open Science journal found that lockdowns in the UK caused around 60,000 children to suffer clinical depression.

Figures show that 400,000 British children were referred to mental health specialists last year for things like eating disorders and self-harm.

According to speech therapists, mask wearing has caused a 364% increase in patient referrals of babies and toddlers.

Another study revealed how mean IQ scores of young children born during the pandemic have tumbled by as much as 22 points while verbal, motor and cognitive performance have all suffered as a result of lockdown.