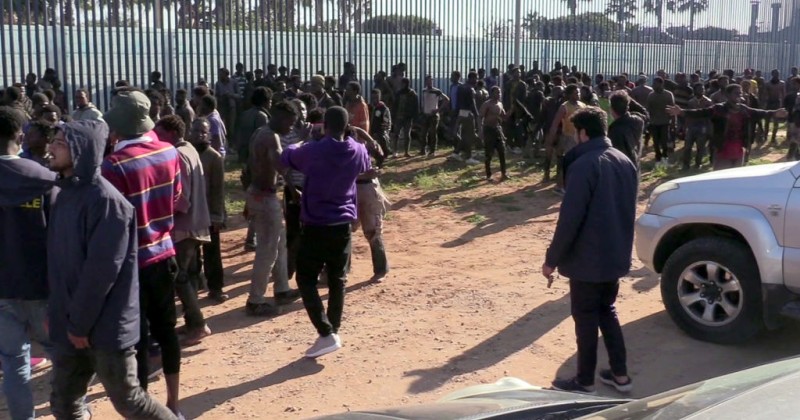 Vladimir Putin plans to trigger a global hunger crisis that will unleash waves of ‘refugees’ who will then be weaponized to create “instability” in European countries, according to Yale professor Timothy Snyder.

In a lengthy Twitter thread, Snyder explains his position that the Russian president is “preparing to starve much of the developing world as the next stage in his war in Europe” by continuing its blockade of grain supplies from Ukraine.

The professor of history says Putin wants to provoke a world famine that will cause mass starvation and food riots, prompting untold numbers of migrants to flood into European countries.

“Putin’s hunger plan is also meant to generate refugees from North Africa and the Middle East, areas usually fed by Ukraine. This would generate instability in the EU,” tweeted Snyder.

Putin's hunger plan is also meant to generate refugees from North Africa and the Middle East, areas usually fed by Ukraine. This would generate instability in the EU. 13/16

Last month, Italian League party leader Matteo Salvini warned that if the war in Ukraine does not end soon, chronic food shortages will cause an immigration wave that will lead to 20 million African migrants trying to enter Europe.

A top aide to Vladimir Putin has also predicted a “global famine” that will occur before the end of the year as a result of worldwide grain shortages caused by the war in Ukraine.

As we previously highlighted, Turkish President Recep Erdogan has repeatedly threatened to use ‘refugees’ as political weapons.

Most recently, observers warned that Erdogan was preparing to punish Greece for trying to block the sale of American fighter jets to Turkey by allowing tens of thousands of migrants to cross the Aegean Sea and mass on Greece’s borders.

In 2019, the Turkish leader threatened to send 3.6 million refugees to Europe if the EU didn’t end its opposition to Turkey’s offensive in Syria.

Although westerners are relentlessly told that “diversity is a strength,” the fact that refugees are routinely weaponized to harm western countries by creating disorder and instability perhaps suggests that it isn’t.

No doubt if and when the time comes, far-left activist groups will mobilize to proclaim “refugees welcome,” thereby aiding Putin if this is indeed his plan.

Footage Showing Who Was Behind Champions League Riots Mysteriously Deleted