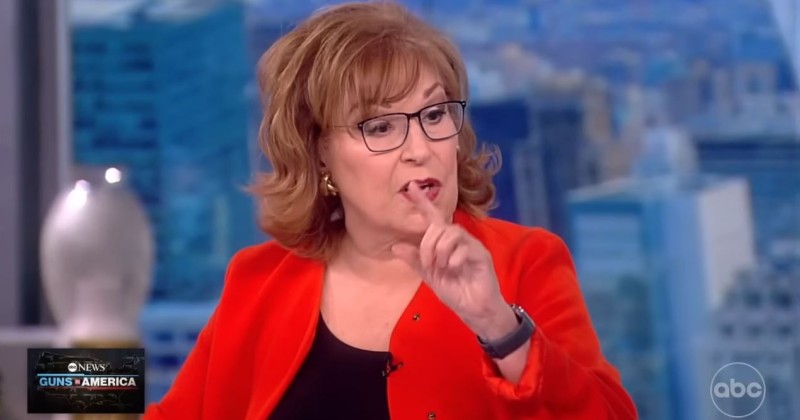 The View host Joy Behar faced ridicule for claiming on her show, “Once black people get guns in this country, the gun laws will change.”

Behar made the comments on the same day that House Democrats passed a sweeping gun control bill that would raise the age at which semi-automatics can be purchased from 18-21, although the legislation is almost certain to fail.

The host was responding to her black colleague claiming that, “Most AR-15 owners are former military…so that’s all I’m saying is that they’re not just crazy people.”

“Here’s the thing, once black people get guns in this country, the gun laws will change, trust me,” Behar responded.

JOY BEHAR: “Once Black people get guns in this country, the gun laws will change. Trust me.”

Because as everybody knows, black people in America never use guns!

Some people responded by reposting a recent video out of New Orleans showing a plethora of black youths showing off their guns, including AR-15s.

No shortage of guns at Calliope & Annunciation.

“She hasn’t been to Chicago lately has she,” joked another respondent.

“Imma just make the educated guess and say you’ve never been to chicago. It’s a beautiful and safe city,” added another.

Another respondent posted a reminder of who was behind a spate of recent mass shootings.

Another highlighted how, “Black gun ownership is one of the fastest growing demographics.”

Black gun ownership is one of the fastest growing demographics. https://t.co/F5VTRt7j9w

Perhaps Behar should have just kept her mouth shut.

Meanwhile, Salon was forced to change the following headline after claims of racism. 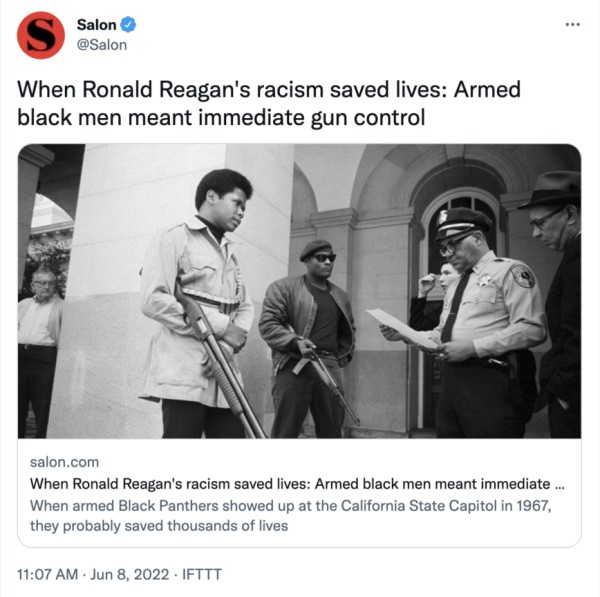 Poll: 73 Per Cent of Trump Voters Believe Dems Are Trying to Replace White Americans With Immigrants Who Vote For Them