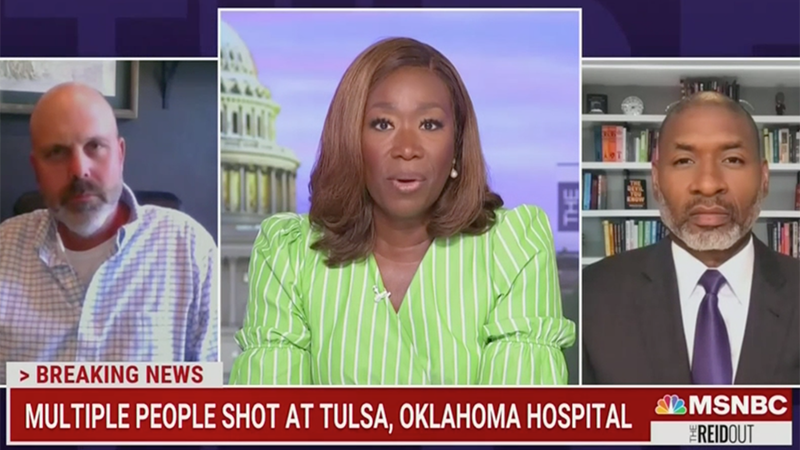 MSNBC’s Joy Reid, who analyses literally everything through her race tinted glasses, claimed Wednesday that conservatives fearing more gun control in the wake of mass shootings are akin to racists joining the KKK in the early 20th century because they feared a “black menace”.

In the wake of another shooting in Tulsa, Reid referred to the infamous movie Birth of a Nation, which “created a rebirth of the Klan and, of course, lynchings followed because you had this sort of depiction in the media of apocalyptic fear of this black menace.”

Reid then turned to her guest Charles Blow of the New York Times and asked him what he thought about “the fact that it’s happening again?”

Blow responded by claiming “the NRA has figured out that this works, and there’s a blood pact between the Republican Party, the NRA,” further claiming that the NRA “create[s] menaces out of everything.”

While Blow continued to shovel dirt on the NRA, Reid continued her blathering about everything in history being about racism, stating “then you had Nixon who said oh you know what? We’re going to demonize the hippies and the black and brown people with this war on drugs, but it was great politics to get more people to vote.”

Meanwhile, Joe Biden is literally saying he is going to push executive actions on gun control.

Somehow, if you believe that and express any form of concern you’re with the Klan now.