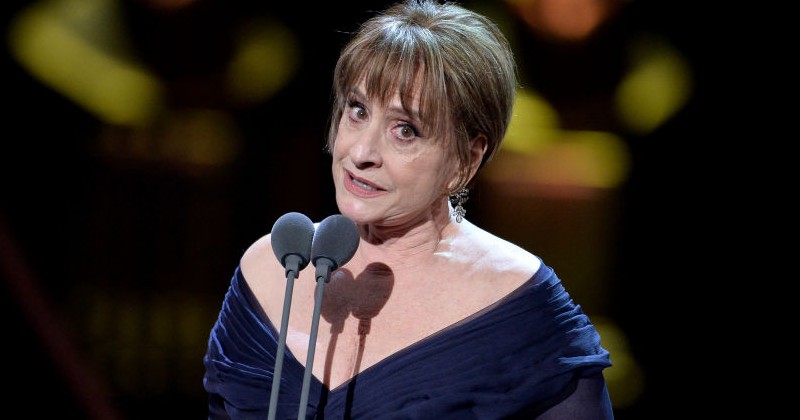 Broadway star Patti LuPone launched an angry rant at an audience member for not wearing a mask properly during a Q&A session, despite the fact that neither LuPone or any of her colleagues were wearing masks at all.

LuPone was appearing alongside her “Company” costars at the American Theatre Wing when she appeared to target a woman sat near the front for not wearing her face mask over her nose.

“Put your mask over your nose. That’s why you’re in the theater,” LuPone screeched.

“That is the rule. If you don’t want to follow the rule, get the fuck out. I’m serious, she added while gesticulating aggressively. “Who do you think you are if you do not respect the people sitting around you?”

When one audience member dared to respond, “I pay your salary,” LuPone shot back.

“You pay my salary? Bullshit!” Chris Harper pays my salary,” she said, referring to the show’s producer.

No one in the audience pointed out the ultimate irony – LuPone was lecturing everyone else in the room for not wearing a mask properly while she wasn’t wearing one at all, and neither were any of her colleagues.

Celebrities don’t have to wear masks. You do. pic.twitter.com/qX07qVJANE

LuPone previously missed 10 performances earlier this year after testing positive for COVID-19, despite being fully vaccinated.

As ever, LuPone responded by thanking the vaccine.

During a previous appearance on The View, the actress also demanded that mask mandates in theaters be kept in place for much longer.

“Just because those theaters are old, the seats are close, and we’re not out of this,” she said.

As we have exhaustively highlighted, there is no scientific evidence that masks have any measurable impact on stopping the spread of COVID-19, but they have been more successful in stunting the cognitive development of babies and toddlers.

Given that the event was a Q and A, and not a theatrical performance, LuPone and her colleagues could have easily all worn masks, but chose not to, while imposing the rule on everyone else in the room.

Apparently, they’re better than you, and different rules apply.