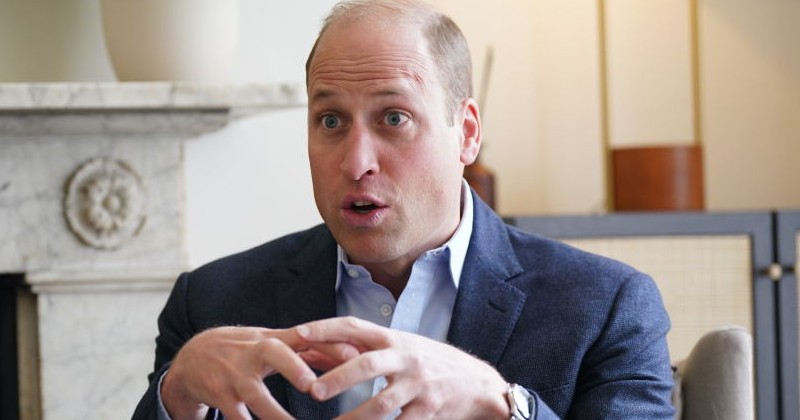 During a BAFTA segment about climate change in which it was asserted that the “planet is on fire,” Prince William praised television writers for inserting “programming” about green messages into their shows.

The duke made the comments as part of a special video address praising ‘Planet Placement’ – where producers insert messages into programs that may not even necessarily be about environmental issues.

William noted the “innovative” and “emotive” messages that were being inserted into programming to make people more conscious about wanting to save the planet.

Critics would call this “brainwashing.”

“Now more than ever, programme makers have a unique opportunity to ensure climate change and sustainability remain at the forefront of our collective consciousness,” said Prince William.

“By creating innovative, educational and emotive content for television, writers and producers are playing a unique role in ensuring the future of our planet is something that we all want to talk about.”

“Over the past year, we’ve seen some fantastic examples of this across a wide variety of programmes and genres.”

“I hope you will all continue to carry on your invaluable work, keeping environmental issues high up on the agenda of programming in the years ahead.”

As we highlighted last month, while lurid propaganda about climate change shows no sign of abating, according to the latest report from the EU’s Earth observation programme, Arctic sea ice is just 3 per cent below its 30 year average.

As we highlighted last year, one of the authors of the United Nations IPCC report who focused on “extreme” consequences of man-made global warming lauded the fact that “people are starting to get scared” about climate change and that this would “affect the way they vote.”

According to a much heralded 2004 report, man-made climate change would cause “millions” of deaths, major European cities being sunken, nuclear war and global environmental riots…all by 2020.

Suffice to say, none of that happened.

So-called “climate experts” have got it wrong time and time again on absolutely everything, from Paul Ehrlich’s prediction of millions of deaths from famine by the 80’s, to Al Gore’s absurd claim that the Arctic would have “ice free” summers by 2013.

However, none of that has stopped technocrats exploiting fears of climate change to push their agenda, with calls for a meat tax to fight global warming in Europe, despite the continent currently suffering a cost of living crisis.

Bill Gates: Next Pandemic Likely to be Caused by Climate Change