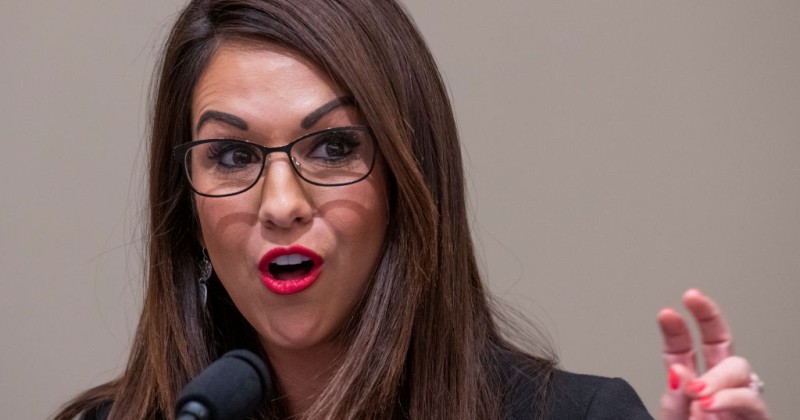 A new bill introduced by Rep. Lauren Boebert would eliminate Biden’s Disinformation Governance Board, dubbed a ‘Ministry of Truth’ by critics, before it even got off the ground.

The Department of Homeland Security recently announced that the new unit will focus primarily on “misinformation related to homeland security, focused specifically on irregular migration and Russia.”

DHS Secretary Alejandro Mayorkas appeared on CNN Sunday to assert that the board will not have “operational authority” and will instead “disseminate those best practices to the operators that have been executing and addressing this threat for years.”

Many saw a clear correlation between Elon Musk buying Twitter and the creation of the new board.

Now Rep. Boebert wants to introduce a bill to defund the DHS disinformation board. The full text of the bill can be read here.

“This kind of stuff is terrifying. We in Congress have the power of the purse. It is our duty to shut down this department immediately,” Boebert told Fox News. “I’m calling on leadership in the Republican Party – Leader McCarthy, Whip Scalise, and others — to join me in calling for this department to be shut down and defunded.”

“No tax dollars should go to where Biden can use the power of the federal government to silence truthful stories like Big Tech did with the Hunter Biden story,” Boebert added, comparing the disinformation board to the Ministry of Truth in Orwell’s 1984.

“Democrats took that [book] not as a warning, but as a guide,” she added.

The Republican Congresswoman will now seek co-sponsors for the bill and is expected to introduce it within a week.

“This really is a department of propaganda,” Boebert said. “To say that the federal department has a say in what’s right and what’s wrong. What’s truth and what is not. This is a very dangerous place that we’ve come to.”

As we previously highlighted, the woman picked to head up the ‘Ministry of Truth’ said free speech makes her “shudder” while also promoting the lie that the Hunter Biden laptop story was Russian disinformation.

She also ludicrously cited Christopher Steele as an expert on disinformation. Steele was the author of the infamous Clinton campaign-funded Trump ‘peegate’ dossier’ that turned out to be an actual product of disinformation.

Jankowicz previously called Elon Musk an “online abuser,” while arguing for more censorship when she asserted, “The ‘free speech vs censorship’ framing is a false dichotomy.”

Video: DHS Head Claims ‘Ministry Of Truth’ Will Not Have “Operational Authority”