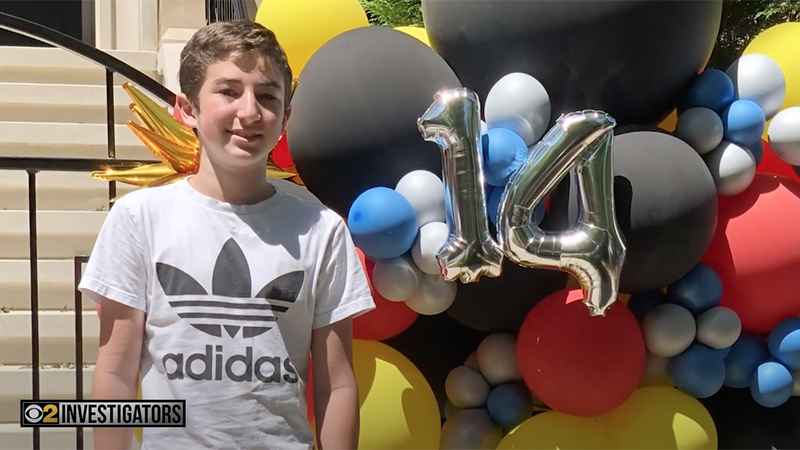 In a shocking example of where ‘othering’ of unvaccinated people can lead, a lawsuit alleges that a fifteen year old boy from Chicago was bullied so relentlessly about his vaccination status that it drove him to suicide.

The Chicago Tribune reports that teenager Nate Bronstein was “tormented on a regular basis” by other children at the Latin School of Chicago who claimed that the boy hadn’t been vaccinated against COVID.

The boy’s parents Robert and Rosellene Bronstein are charging that the school did nothing to stop the harassment despite more than 30 complaints from the family.

The report notes that “A student at the school, whose parents are named in the suit, spread a false rumor that the boy was unvaccinated, the suit alleges. Though he was vaccinated, the boy was harassed about his perceived vaccination status.”

The suit also alleges that the boy “was told by a teacher in front of a class that he was going ‘nowhere in life,’… and was cyberbullied in a group text message thread by members of the junior varsity basketball team and on the social media app Snapchat.”

The suit states that the boy was sent messages on the app that read ‘Ur a terrible person,’” and encouraging him to kill himself, before he took his own life in January.

The school issued a statement that said “The allegations of wrongdoing by the school officials are inaccurate and misplaced,” adding “The school’s faculty and staff are compassionate people who put students’ interests first, as they did in this instance.”

The boy’s mother Rosellene Bronstein said in a statement “My son was so alone. Not only were the administrators who were supposed to protect him ignoring his cries for help, but they had the self-serving gall to try to protect their own reputations after his death rather than just having the decency of being honest with his grieving family. This is a legal and moral failure that has caused us indescribable pain and agony.”

“Our son would still be alive today if Latin would have done their job and reported to us what had gone on within the school,” Mrs. Bronstein told CBS News.

Trump Drops Big Hint He Will Run Again in 2024 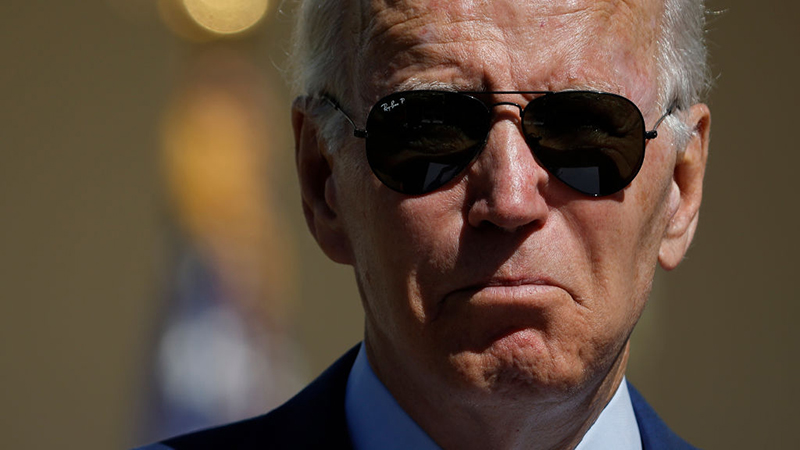 Within the space of the past 24 hours Joe Biden displayed several more signs of severe cognitive decline as he asked where a dead Congresswoman was, got lost again on a stage, rambled incoherently during a speech and yelled “don’t jump” at a random audience member at a health conference.

Is any of this normal?

Yep, according to The White House Press Secretary, there’s nothing to worry about:

There are too many incidents to keep track of now: 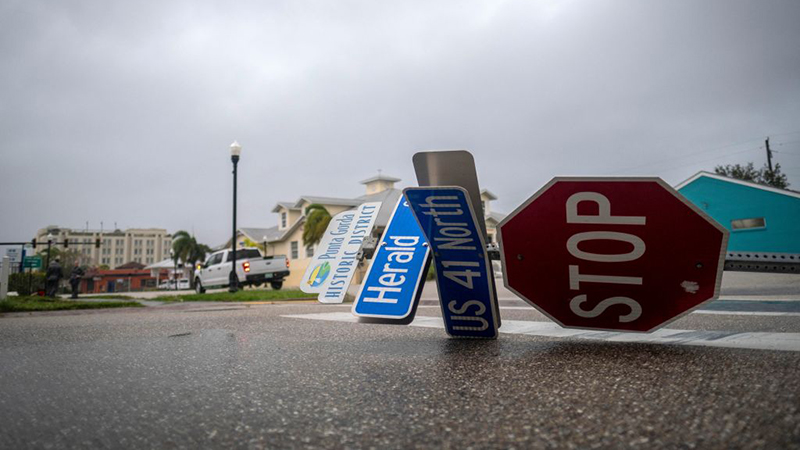 This is absolutely shocking…

Recent readings showed Ian had sustained winds of 155 mph, only 2 mph shy of a Category 5 storm. As of 1144 ET, the storm’s “outer eyewall” was about 20 miles from land, according to meteorologist Jason Boyer.

Horrifying videos have been posted on social media showing Ian’s wrath ahead of landfall expected this afternoon.

Hurricane Ian continues to strengthen ahead of landfall. As of 0733 ET, the National Hurricane Center said Ian’s sustained maximum winds were 155 mph, just 2 mph shy of a Cat. 5 storm.

Hurricane Ian strengthened into a powerful Category 4 storm expected to make landfall on Florida’s southwest coast today and then traverse central Florida and emerge in the Atlantic by Thursday.

At 0500 ET, the National Hurricane Center said Ian sustained maximum winds of 140 mph and gusts up to 165 mph. The storm’s center was about 75 miles west-southwest of Naples and 105 miles south-southwest of Punta Gorda, moving north-northeast at 10 mph.

“Ian is forecast to approach the west coast of Florida as an extremely dangerous major hurricane, weakening is expected after landfall.

“On the forecast track, the center of Ian is expected to approach the west coast of Florida within the hurricane warning area this morning, and move onshore later today. The center of Ian is forecast to move over central Florida tonight and Thursday morning and emerge over the western Atlantic by late Thursday,” NHC senior hurricane specialist Daniel Brown told Orlando Sentinel.

Ian’s path has shifted south of Tampa Bay, and landfall is now expected between Fort Myers and Sarasota on Wednesday morning or early afternoon before moving across the central part of the state.

NHC warned a “life-threatening storm surge is expected along the Florida west coast and the Lower Florida Keys,” with “devastating wind damage” expected near Ian’s center.

Fehling said Central Florida could be swamped with 15 to 20 inches of rainfall, with some areas receiving upwards of 24 inches.

“The normal value for the amount of rainfall over the entire year is about 52 inches,” he said. “So if we were to see those higher- end totals, we could be experiencing half of our total annual rainfall in a very short period of time.”

Millions of Floridians are under evacuation orders or advisories as DeSantis activated the National Guard earlier this week before the storm’s arrival.

There are notable economic impacts due to adverse weather conditions in the region. On Tuesday evening, US energy companies idled 190,000 barrels of daily crude production, some 11% of US Gulf of Mexico output.

Bloomberg pointed out that the “nation’s production of phosphate fertilizer” is in the storm’s path.

Chuck Watson, a disaster modeler with Enki Research, said Mosaic’s New Wales plant is “right in the middle of the damage swath,” adding the facility “could be out for weeks.”

Bloomberg said Ian could cause $45 billion in damage, which would make it one of the most costly storms in the country’s history.

By late Tuesday, over 2,000 flights to and from Florida were canceled. Flight delays and cancelations could spill over to the rest of the country. 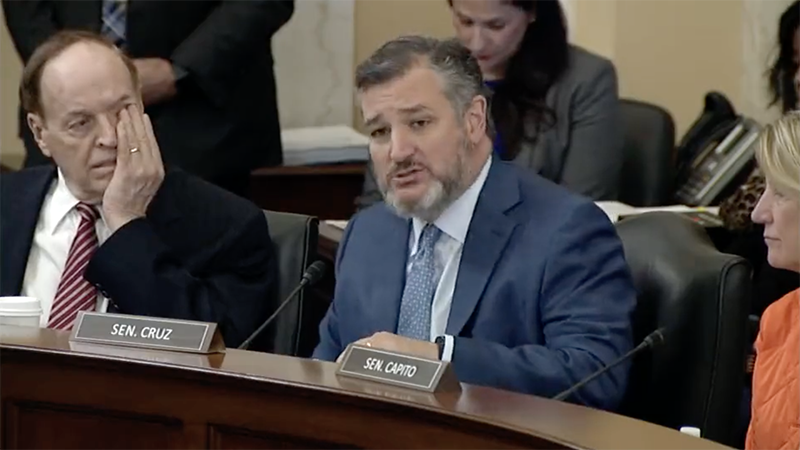 GOP Senator Ted Cruz noted Tuesday that while repeatedly accusing Republicans of being a threat to Democracy for questioning election results, The Democratic Party has done that exact thing on multiple occasions.

Speaking at a hearing exploring potential reform of the presidential Electoral Count Act, Cruz noted “This bill is all about Donald J. Trump. Nobody in our lifetime has driven Democrats in this body out of their minds more than President Trump.”

“We know that Democrats aren’t opposed to objecting to elections and presidential electors,” Cruz continued.

“So Democrats have a long history of going up and objecting to electors. And by the way, in two of those times, 1969 and 2005, it wasn’t just a Democrat House member who objected — a Democrat Senator joined in that objection and triggered the debate and vote,” Cruz further noted.

The Senator continued, “We also know the brazen hypocrisy that the Democratic rage at Trump has priduced, where we have a kangaroo circus of a January 6 committee literally chaired by a House Democrat who made one of those objections. Insisting that it is now utterly unimaginable to object to a presidential election and the outcome thereof.”

Meanwhile, Joe Biden, who along with his underlings has spent the past weeks labelling Republicans and Trump supporting conservatives as threats to the soul of the nation, announced Tuesday that “we need to find a way to come together.”