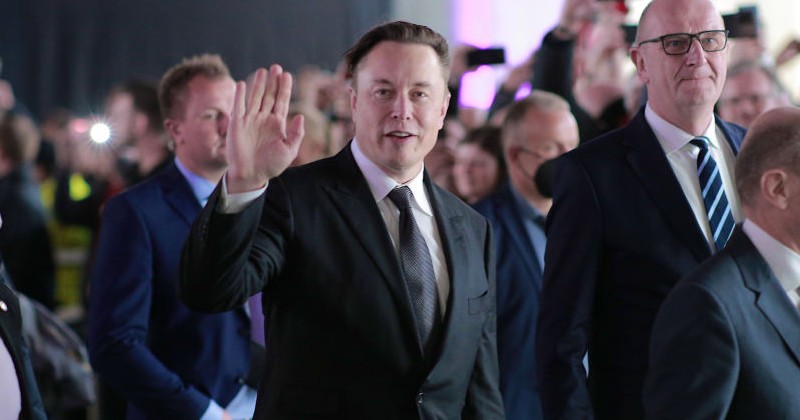 Prospective new Twitter owner Elon Musk says part of the reason for free speech being in peril is that the Democratic Party “has been hijacked by extremists.”

The billionaire has continued to respond to the fallout from his $44 billion dollar purchase of the company via the social media network.

On Thursday, Musk tweeted a diagram showing how the Overton Window has been dragged so far left, that people who not so long ago considered themselves liberals are now being lumped in with conservatives as “bigots.”

It's true that on aggregate, the right has moved more to the extreme than the left in Washington. But the small group on the far left has become very *culturally* powerful & out of fear, the rest of the left has often allowed them to speak (and make policies) for the whole left.

However, as Tim Urban explained, a fringe and noisy extremist minority on the left “has become very *culturally* powerful & out of fear, the rest of the left has often allowed them to speak (and make policies) for the whole left.”

“So even though the left hasn’t moved that far left (as is shown by voting results), the left is in a sense being held hostage by their extreme wing, making a lot of people who enthusiastically voted for Obama feel politically homeless today,” he added.

Musk responded to the discussion by asserting, “I strongly supported Obama for President, but today’s Democratic Party has been hijacked by extremists.”

I strongly supported Obama for President, but today’s Democratic Party has been hijacked by extremists

The Tesla founder has previously described the woke cult as “one of the biggest threats to modern civilization.”

He has also labeled Joe Biden a “damp sock puppet,” asserting that the president “is treating the American public like fools.”

As we highlighted yesterday, the regime is so petrified of Musk turning Twitter into a true free speech platform, they have set up a special ‘disinformation unit’ under the auspices of the Department of Homeland Security.

The unit will be run by Nina Jankowicz, a woman who previously promoted the false disinformation that the Hunter Biden laptop story was part of a fake Russian propaganda campaign.

Creepy: Biden Goes “Off Script” To Tell Teachers That Kids Are “Yours When You’re In The Classroom”