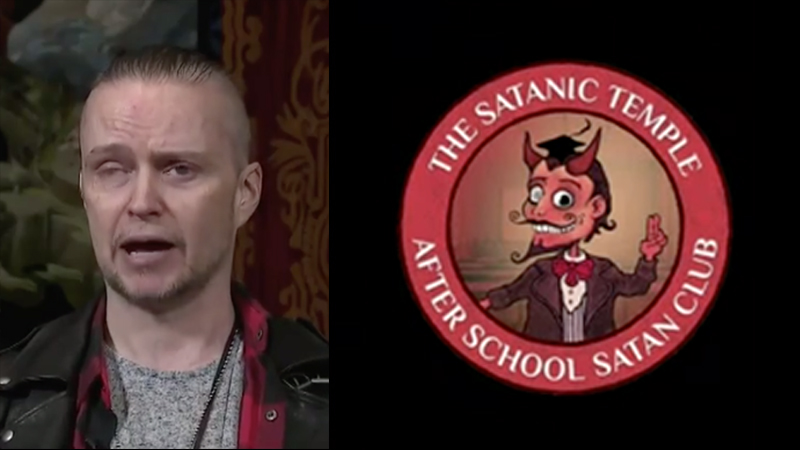 The Satanic Temple is suing an elementary school in Pennsylvania after officials refused to allow the organisation to run a ‘Satan Club’ for children as young as six.

KTUL reports that The Satanic Temple has filed suit against Northern Elementary School in York, alleging that the school is violating the First Amendment and discriminating against the Satanists because it sanctions some after school clubs but not the Temple.

The report also notes that the general counsel for The Satanic Temple said “the Northern York County superintendent claimed to be concerned with public backlash due to the lack of interested parties,” adding that “this is proof their club’s communicative activities popularity was improperly considered when determining their future with equal access to government property, the school.”

The report adds that the school suggested dropping the word ‘Satan’ from the club might improve the chances of it being sanctioned by officials.

Just days after being voted down from having an after-school "Satan Club," The Satanic Temple is filing a civil law suit against the elementary school.https://t.co/yng9SbkVSD

Residents expressed concern about the attempts by the Temple to get the Satan Club up and running in local schools.

“They already took God out of schools now they’re going to let Satan in, it’s just crazy,” said one parent, while another added “Anything that has to deal with worshipping Satan is bad news.”

Lucien Greaves, Co-Founder of The Satanic Temple, said “We believe that Satan is a great metaphor for rebellion against tyranny and is the embodiment of all of the values we espouse.”

Is it surprising that parents are unwilling to trust the greasy-haired one-eyed Satanist guy with their six year olds?

The Temple’s website claims that “Proselytization is not our goal, and we’re not interested in converting children to Satanism,” adding that “After School Satan Clubs will focus on free inquiry and rationalism, the scientific basis for which we know what we know about the world around us. We prefer to give children an appreciation of the natural wonders surrounding them, not a fear of everlasting other-worldly horrors.”

The creepy one-eyed dude is asking people to believe that The Satanic Temple doesn’t really believe in and worship Satan.

May Satan be with you, and may you all have a safe and happy New Year. pic.twitter.com/O0pa8ksRMl

This move on kids by Satanists is a nationwide one.

As we previously reported, Parents in Illinois were shocked to discover that Jane Addams Elementary School in Moline approved the Satan Club.