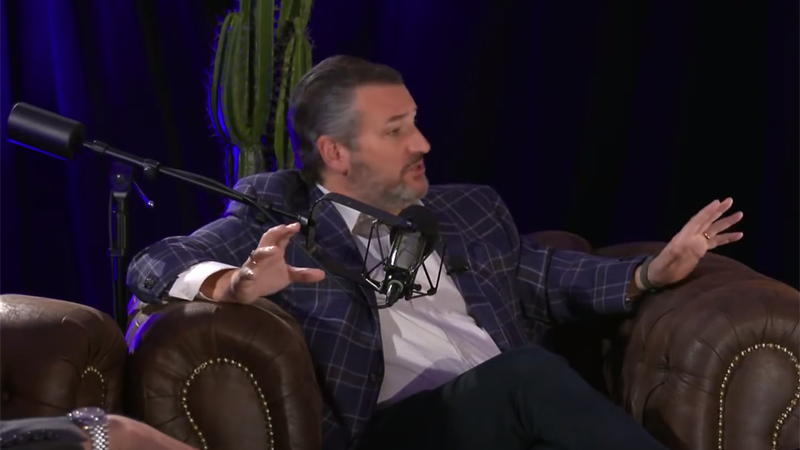 Senator Ted Cruz took his podcast into what he labelled “the belly of the leftist beast” this week by visiting Yale, where he schooled a particularly woke student who openly accused him of being racist over his questioning of Supreme Court Justice Ketanji Brown Jackson.

Footage shows the student, named Maia Cook, attempting to couch her accusations in faux politeness, telling Cruz “thank you so much for coming to Yale this evening,” adding “it would appear to me that you already recognize the importance of new perspectives.”

She then dropped the act and told Cruz “it baffled me that you would ask such flagrantly racist questions to this exceedingly well-qualified candidate,” referring to Brown Jackson, before she was confirmed to the Supreme Court.

The student continued, “Your colleagues in the GOP promised a respectful and dignified hearing for Justice Jackson and, to me, you did not uphold this. So today I wanted to create a space where you might be able to challenge your own thinking, as prudent scholars often do. So, I’m here to ask you: What are two nice comments you can give about recent nominee Justice Jackson’s judicial experience besides from ‘she has an easy smile’?”

Cruz’s response is priceless as he noted how the left only lauds black and hispanic figures they agree with while being downright vitriolic, nasty and racist to those it doesn’t.

Cruz cited both Justice Clarence Thomas and Janice Rogers Brown, a Justice on the California Supreme Court – both black, and both despised and continually attacked by the left because of their conservative records.

“Do you think the Democrats were all sexist when they voted party line against Amy Coney Barrett?” Cruz also stated, adding “I’m willing to bet you don’t because she’s not a Liberal woman.”

“So, you can’t have it both ways which is that when a Democratic nominee has a certain characteristic, anyone who opposes them is racist or sexist or what have you. But, when a Republican nominee has those characteristics, it’s open season and you can go after them full force and the Left is righteous in doing so,” Cruz asserted.

“You said that my questioning of Judge Jackson was – you used the term ‘racist’,” Cruz responded to the student, adding “Listen, racism is a horrific evil in this country. It is also an insult that the Left tosses around casually.”

Referring to his questioning of Justice Brown Jackson, Cruz said “I could not disagree more deeply when you say it is racist to examine a judge based on their record,” noting that it is the “job of the Senate in the advice and consent process”

The establishment media attempted to spin Republican questioning of Brown Jackson’s record into some sort of racist conspiratorial “message To QAnon”.

CNN+ Staffers in “Total And Utter Shock” at Failure of Network

Video: Virtually No One Shows Up To Hear Biden Claim He Was The ‘Poorest Man In Congress’