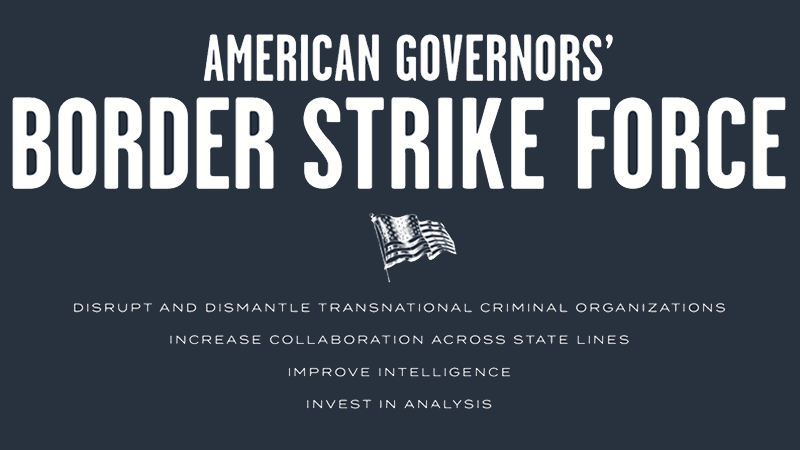 In the absence of any action by the Biden Administration, Twenty six states have formed an alliance to create a ‘border strike force’ to secure the southern border.

The move was announced Tuesday in a press release and document from the office of Arizona governor Doug Ducey, who is heading up the alliance along with Texas governor Greg Abbott.

Ducey commented “What we’re doing in Arizona works, but this is not just an Arizona issue, it’s a national issue. If our entire southern border isn’t secure, our nation isn’t secure.”

The governor added that “As dangerous transnational criminal organizations continue to profit from holes in the border and fill our communities with drugs, it’s no coincidence that we’re seeing historic levels of opioid-related deaths. The American Governors’ Border Strike Force will serve as a force multiplier in the fight against criminal activity directly tied to our border.”

The release also notes “With record breaking migration leading to an overwhelming amount of apprehensions at the southern border, law enforcement is stretched too thin to effectively combat the cartels. This leads to more drugs entering the country, more dangerous individuals avoiding arrest, and more victims of human trafficking.”

The DHS estimates that 221,000 crossed in March, and noted that there are hundreds of thousands more just waiting for restrictions to ease.

Hidalgo County, Texas Sheriff Eddie Guerra, interviewed during a recent NBC news report said that he has been warned to expect that the border could be overrun.

Describing how he and his deputies are preparing, Guerra said “We’re talking about deputies dressed in their riot gear with their shields and their helmets and batons to keep the crowd at bay.”

“We’re asking them to reconsider, you know, lifting the Title 42,” Guerra further stated.

Arizona GOP Rep. Andy Biggs has also warned that numbers will be even higher than estimated, suggesting that 20,000 to 30,000 could surge the border every day. 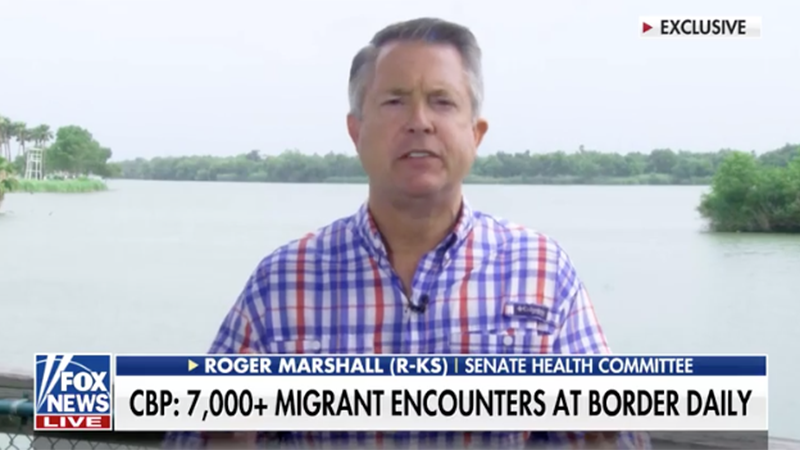 Kansas GOP Senator Roger Marshall told Fox News Sunday that the southern border resembles a “war zone” and that Joe Biden should take a look in person at the “unsustainable crisis” being faced by border agents every night.

Speaking from beside the Rio Grande River in Texas, Marshall declared “this is a human tragedy here,” adding “At nighttime, it looks like a war zone. There’s a sea of humanitarian crises here every evening. And every day, it’s lived out as well.”

The Senator continued, “I want to just shout out to the Border Patrol officers. They are doing an incredible job, the Department of Public Safety here in Texas. All of those people are doing their best, but they’re just simply overwhelmed.”

“This is an unsustainable crisis. It’s a war zone every night,” Marshall reiterated, adding “I’m calling on Joe Biden to come down here and see this for himself. And I don’t mean do a flyby stop at the airport here in McAllen. He needs to come down; spend some time on the river.”

“He needs to fish people out of this Rio Grande River behind me after they have traveled thousands of miles,” Marshall asserted, adding that Biden should “go up the interstate here 60 miles and pick up people that have been traveling for two or three days without water in the desert here as well.

Breitbart News reported Sunday that migrants who have been waiting for Title 42 to be lifted by the Biden administration have grown weary and have begun to surge the border.

According to a source operating within U.S. Customs and Border Protection, 3,600 migrants were apprehended crossing the border just this weekend, surpassing last weekend’s tally of around 2,800 apprehensions in the Del Rio Sector.

A law enforcement source within CBP has also suggested that between just April 1 and May 15 approximately 513,000 migrants illegally crossed the southwest border with Mexico.

“Nobody has done more to help the cartels than Biden” 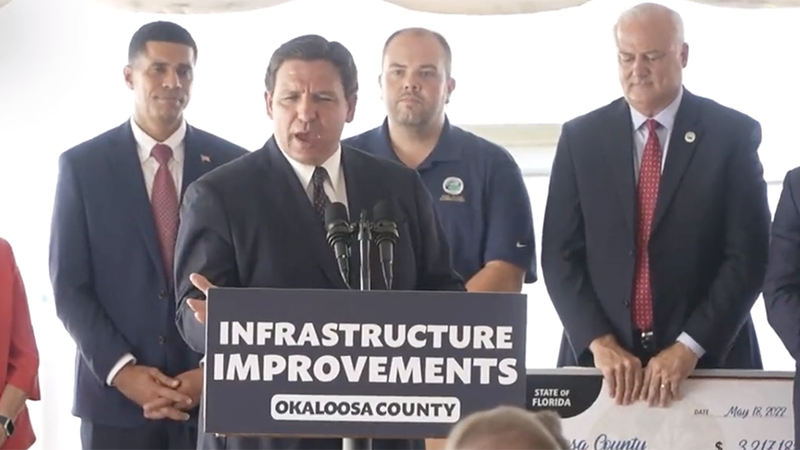 During a speech Wednesday, Florida Governor Ron DeSantis declared that Joe Biden should receive an honorary membership from Mexican drug cartels for facilitating their activities with open borders.

“Biden should be given an honorary membership in the Mexican drug cartels because nobody has done more to help the cartels than Biden with his open border policies,” DeSantis said.

He continued, “It’s a total disaster. It’s been a disaster. I fear with Title 42, if they do repeal it, I think things are fixing to get even worse,” referring to the administration’s plan to lift COVID restrictions for illegal immigrants crossing into the U.S.

Earlier in the week, DeSantis fired back at Democrats who have compared him to Communist dictators, declaring that it is Democrats who “have a soft spot for dictatorships like in Cuba.”

DeSantis added that “to equate Florida, which is viewed not only in our country but even around the world as a beachhead of freedom, to equate that with those regimes just shows that you have no idea what you are talking about.”

“While respecting other cultures, I would still like to keep my own.” 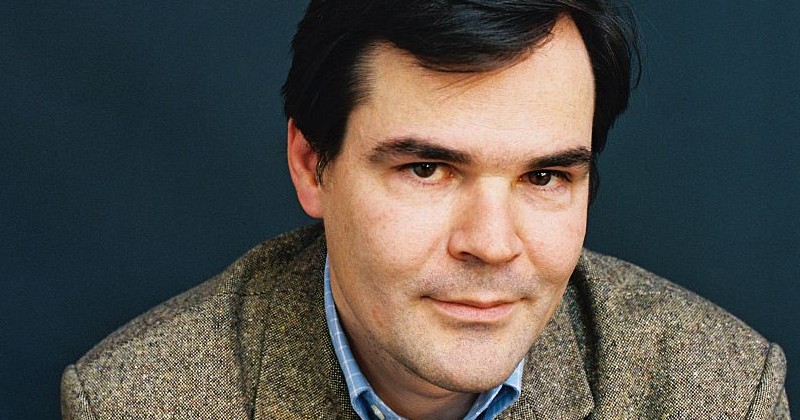 A famous German author criticized his country’s open borders immigration policy, asserting, “while respecting other cultures, I would still like to keep my own.”

Award winning writer and physician, Uwe Tellkamp made the comments during an interview with Süddeutsche Zeitung in which he expressed concern about Germany’s demographic future in light of mass migration.

Tellkamp, who lived under communist rule in the former East Germany, asserted that he isn’t xenophobic, but that “while respecting other cultures, I would still like to keep my own.”

The author also complained that the media had unfairly smeared Pegida members who protested against mass migration as Nazis and extremists.

Tellkamp previously signed the Joint Statement 2018, which declared, “We observe the damage done to Germany by illegal mass immigration with growing discontent. We declare our solidarity with those who are peacefully rallying for the restoration of the constitutional order at the borders of our country.”

He also pointed out that the vast majority of “refugees” arriving in the country were not genuine refugees.

“Most [refugees] are not trying to escape war and prosecution but come [to Germany] to migrate into the social support system, more than 95 percent,” said Tellkamp.

Earlier this month, we reported on the comments of Canadian sociologist and political commentator Mathieu Bock-Côté, who insisted that mass immigration has weakened social cohesion and created cultural conflict.

A study by academics at the University of Copenhagen found that ethnic diversity has a negative impact on communities because it erodes trust.

As we highlighted last month, German media outlets responded to violent riots in Sweden mainly involving Muslim migrants by claiming the unrest occurred as a result of “right-wing demos.”

Left-wing Swedish Prime Minister Magdalena Andersson responded to the unrest by acknowledging that integration has failed and that mass migration has created parallel societies and gang violence.

Her comments were echoed by Belgian leftist leader Conner Rousseau, who said when he drove through migrant-heavy suburbs like Molenbeek he didn’t feel like he was in Belgium anymore.

Another wonderful feature of Europe’s cultural enrichment was exemplified again last week when a boat migrant from Tunisia raped an English woman in the middle of the street in the Port district of Nice, France.

“In countries across Europe, data shows that migrants are vastly overrepresented in sex crimes, including in Germany, Finland, Sweden, and Italy.”