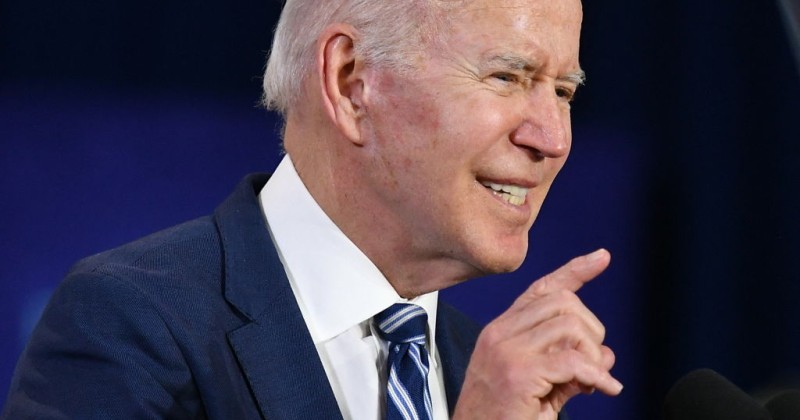 A new poll finds that Republicans see Joe Biden as being more harmful to the world than Vladimir Putin.

A Morning Consult poll revealed that 83 per cent of Republicans believe that the world would be better off without the Russian leader in office.

However, a marginally greater number, 84 per cent, believe the same thing about the current incumbent of the Oval Office.

In comparison to 7 out of 8 Republicans believing Biden’s presence in the White House is harmful to the world, only 17 per cent of Democrats are of the same opinion.

With the mid-terms coming up later this year, Democrats are likely to be most alarmed by the number of Independents – 51 per cent – who believe the world would be better off without Biden in office.

Only 34 per cent of Independents believe the world will be worse off without Biden in command.

The poll results more broadly reflect the fact that Biden, who apparently received the most votes out of any president in history, has seen his approval ratings plummet.

According to a CNBC poll, Biden’s approval rating hit a new rock bottom of 38 per cent as Americans aren’t convinced by the president attempting to blame runaway inflation and soaring living costs on Vladimir Putin.

Video: Virtually No One Shows Up To Hear Biden Claim He Was The ‘Poorest Man In Congress’