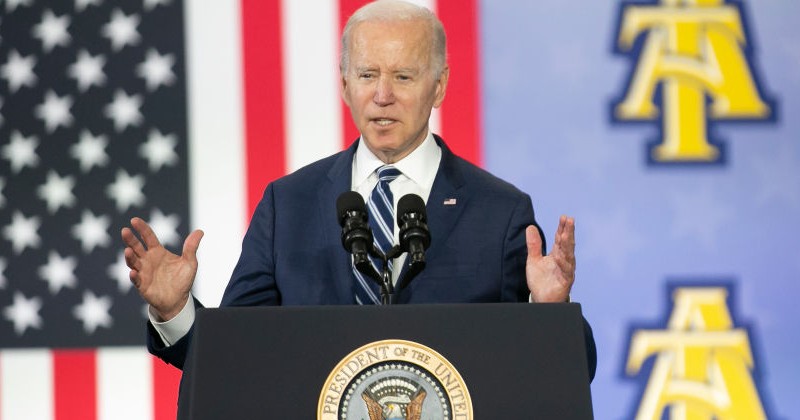 After another error-strewn, rambling speech in North Carolina, Joe Biden appeared to perform a random ‘air handshake’ while once again appearing confused as to where he was going.

During the speech, Biden, whose approval rating just plummeted to 38 per cent, once again tried to blame soaring cost of living and runaway inflation, which was already in full swing last year, on February’s Russian invasion of Ukraine.

Inflation was already at 7.5 per cent before the invasion.

BIDEN: "70% of the increase in inflation was the consequence of Putin's price hike."

FACT: Inflation was at 7.5% in January, before Putin's invasion.pic.twitter.com/TBgV7BEuf3

Biden also ludicrously claimed the United States “cut down all our forests,” something that caused global warming.

BIDEN: "We cut down all our forests." pic.twitter.com/4i8YisdiV2

A befuddled Biden also claimed he was a “full professor” at UPenn despite never teaching a class at the university.

Joe Biden says he was a "full professor" at UPenn.

Not only did he never teach a class at the university, but one article at The Daily Pennsylvanian from his time there featured the headline “No One Is Really Sure What Joe Biden Will Be Doing At Penn.” pic.twitter.com/5G0f8dTkGw

Biden: "No … let me talk for a second. I'm a professor" pic.twitter.com/0kWJdpuMYG

In another cringe moment, Biden gave the audience permission to cheer in response to his speech.

"You can cheer it's alright." pic.twitter.com/TOZnoehjXw

Another embarrassing moment in American history was capped off when Biden, having finished his speech, appeared to extend his hand to no one.

The gesture also could have been Biden asking someone to help him with where to walk next, since he seemed utterly baffled and loitered awkwardly on stage for about 10 seconds.

If Biden somehow wins a second term, he’ll be facing another 4 years of this at the ripe old age of 81.

Good luck with that.

Video: Bird Shits On Biden And White House Won’t Even Admit It Happened

Video: Trump Pledges To “Never Ever Ride A Bicycle”

“I make this pledge to you today” 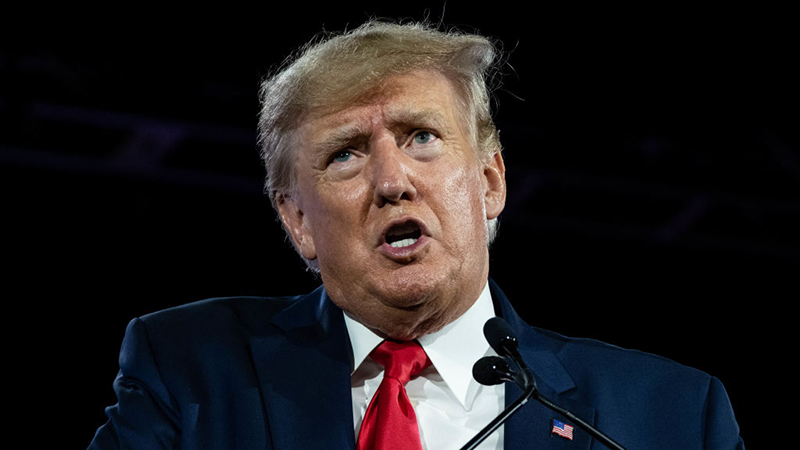 Speaking to a crowd at the American Freedom Tour in Tennessee, President Trump trolled Joe Biden by promising those in attendance that he will “never ever ride a bicycle.”

Commenting on Biden’s weird fall over the weekend, Trump said “I hope [Biden] has recovered, because as you know, he fell off his bicycle. No, I’m serious. I hope he’s okay. Fell off a bicycle.”

Then in typical Trump fashion he quipped “I make this pledge to you today – I will never, ever ride a bicycle.”

The Biden fall quickly went viral, with many predictably comparing it to the state of America under his presidency:

Elsewhere during Trump’s appearance, he based an entire comedy routine around criticizing transgenders in women’s sports, following the announcement by the world swimming governing body that it will ban biological men from competing in women’s events.

Trump also shared a video of himself teeing off on a golf course, with the footage then cutting to Biden getting ‘hit’ on the head with the golf ball and falling from the bike.